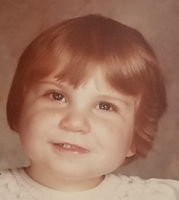 Kimberly Sue Wever Saratoga Springs, NY – Kimberly Sue Wever, age 50, of 188 Ruggles Road went to the arms of her heavenly father on Thursday, November 7, 2019. Born on December 2, 1968, she was the daughter of Craig and Marjorie (Mercure) Wever. Kimmy attended the Day Program at Saratoga Bridges in Wilton. Her favorite thing was watching Disney movies with her friends and loved ones. She is predeceased by her father, paternal and maternal grandparents. Survivors include her parents, Marjorie and Dennis Baker of Hartford, two sisters: Karen Armstrong (Stephen) of Lake George and JoEllen Wever of South Glens Falls, her nephew Jude Armstrong and niece Tess Armstrong both of Lake George, as well as several aunts, uncles and cousins. She is also survived by the workers and residents of 188 Ruggles Road who have been a part of a family since 1995. There will be a private funeral service with burial following in Mettowee Valley Cemetery in Granville. In lieu of flowers, the family suggest donation may be made in Kimmy's name to Saratoga Bridges, 16 Saratoga Bridges Blvd, Ballston Spa, NY 12020. Online condolences may be at www.robertmkingfuneralhome.com.