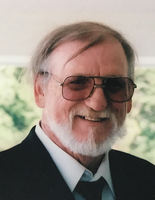 William Richard Dupont Jr. Middle Granville, NY – William Richard Dupont Jr. passed away on Wednesday, January 8, 2020 at Albany Medical Center, following a long illness. Bill was born on January 14, 1954 in Pittsfield, Massachusetts the son of the late William and Ruth (Garrett) Dupont, Sr. The family moved to Granville when William Sr. began work at Kelly's Sawmill in Middle Granville. As a teenager Bill worked with his Dad at the Sawmill until they closed. He was also employed at Whitehall Plywood and retired from International Paper in Ticonderoga. Bill was a member of the Elk Lodge in Whitehall. He loved playing pool and was a member in local pool leagues. He loved watching sports on television. He was an avid reader of western, particularly Louis L'amour, and enjoyed watching western on television. Bill is predeceased by his parents, a sister Scharron Welt, Joan (Tarbell) mother of his children Jennifer and Jesse, and Linda (Sell) Misty's mother. Left to cherish his memory are his children: Jesse Dupont of Granville, Jennifer Bishop (Jeremy)of N. Clarendon, VT and Misty Shores (Allen) of Arlington, Vermont. He will be fondly remembered by his brother Neil Dupont (Terry) of Middle Granville, and Sarah Dodge (Bert) of Stillwater. He was blessed with grandchildren, nieces and nephews. Friends may call on Friday, January 17th, 2020 at the Robert M King Funeral Home, 23 Church Street, Granville, NY from 5- 8 PM. Burial will be in Elmwood Cemetery. Online condolences may be made at www.robertmkingfuneralhome.com.