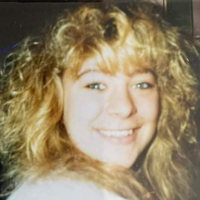 Robin Sue Armer Charlotte, NC – Robin Sue Armer, 52, passed away on January 14, 2022, from injuries sustained in an automobile accident in Charlotte. Born on October 5, 1969, in Glens Falls, NY, the daughter of Clarence and Virginia (Hammond) Armer. She grew up in Granville and spent a lot of her time with her family at Lake St. Catherine. Robin also enjoyed her horse Patches. She enjoyed time with her very close friends and made new ones wherever she went. Most importantly she loved being a mom to her son Paul (PJ) Getty II and her daughter Hailey. She learned the fine art of construction while working with her dad building houses. Robin had a troubled life and found her way to the Dream Center in California. In time she helped many others who were also troubled. She was predeceased by her father, a brother Randy, her paternal grandparents Leon and Letha Armer of Truthville and maternal grandparents Willard and Ethel Hammond of Middle Granville (Robin was extremely close to her Grampa Hammond), as well as many aunts and uncles. Survivors are her children, her mother Virginia (Hammond) Armer of North Granville, her sister Stacie Armer (Bill) of Hickory NC, brothers Bernard Armer also of Hickory, Lewis Armer of N. Granville, Daniel Armer of N. Granville and Joseph Armer (Colleen) of M. Granville. Her special friend William Levell of Ft. Miel, NC. She had so many lifetime friends who thought the world of her and will miss her so. Robin will always be remembered for her infectious smile and the fun she had with her family and friends. "If there comes a day where we can't be together, keep me in your heart, I'll stay there forever." I am shining down on all the lives I have touched. A celebration of Robin's life will be in the spring. In lieu of flowers please honor Robin's memory by "Paying It Forward"performing an act of kindness to someone who may be struggling. Local arrangements were entrusted to the Robert M King Funeral Home, 23 Church St., Granville, NY.