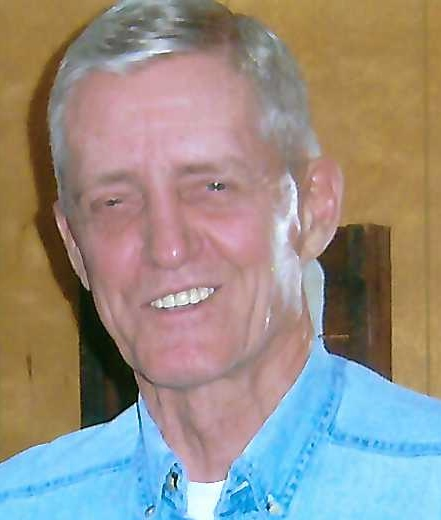 Please share a memory of Dewey to include in a keepsake book for family and friends.
View Tribute Book
Dewey Whitton Massena/Granville, NY - Dewey Whitton, formerly of Massena and Granville, passed away Sunday morning at the Home of the Good Shepherd in South Glens Falls. He was 86. Dewey was the son of Wilton and Mary Munson Whitton and grew up in the Louisville area on the Grasse River. He graduated from Massena High School and served two years in the US Army from 1956-1958. After high school he married the love of his life, Sylvia D'Arienzo and spent 64 years together before she passed in 2018. For most of his life he worked as a machinist for Alcoa and Reynolds Aluminum. He never attended college but was a self- taught architect and engineer. He could fix or repair anything, and the summer camp he and Sylvia built stick by stick, he designed himself. After retiring in 1992, he designed his pride and joy, a summer camp on Sucker Brook, a tributary of the St. Lawrence River in Waddington, New York, fishing capital of the world. At "Witt's End," he spent the next 28 years enjoying the outdoors and hosting many family gatherings for his children and their families, as well as many relatives and friends. He enjoyed golf and bowling and outdoor sports, especially hunting and fishing, but primarily enjoyed spending time with his family, his children and grandchildren. He was predeceased by his parents, a brother Roger, and his wife Sylvia. Surviving are his brother Robert (Bertha) of Syracuse, and Kathy (Michael) Jarrett of Louisville; his children Jeffrey (Mary) of Wilson Hill and Lake George, Mary Memoli (James) Ward of Apollo Beach, Florida, Tim (Sandra) of Denver, and Jane (Roger) Forando of Granville. Grandchildren Jennifer ( Jared ) Whitton of Beacon, Lauren (Luke) Callahan of Lake George, Memoli and Tommy Ward, both of New York City, Taylor and Hannah Whitton, Samantha (Dane) and Jeremy of Colorado, Chris Forando of Norwich, Ct, Ryan Forando of Essex Junction, Vermont, and Brett Forando of Lake George, New York. He also had 7 great grandchildren. At Dewey's request, there will be no calling hours and the family will celebrate Dewey and Sylvia's time together at the family camp in July. Friends wishing to make a charitable donation may do so to Hospice of Saratoga County, the Home of the Good Shepherd in Moreau, the ASPCA or a charity of their choice. Funeral arrangements were entrusted to the Robert M King Funeral Home, 23 Church Street, Granville, NY. Online condolences may be made at www.robertmkingfuneralhome.com.
To plant a beautiful memorial tree in memory of Dewey Whitton, please visit our Tree Store

Look inside to read what others have shared
Family and friends are coming together online to create a special keepsake. Every memory left on the online obituary will be automatically included in this book.
View Tribute Book
Services for Dewey Whitton
There are no events scheduled. You can still show your support by planting a tree in memory of Dewey Whitton.
Plant a tree in memory of Dewey

Share Your Memory of
Dewey
Upload Your Memory View All Memories
Be the first to upload a memory!
Share A Memory
Plant a Tree