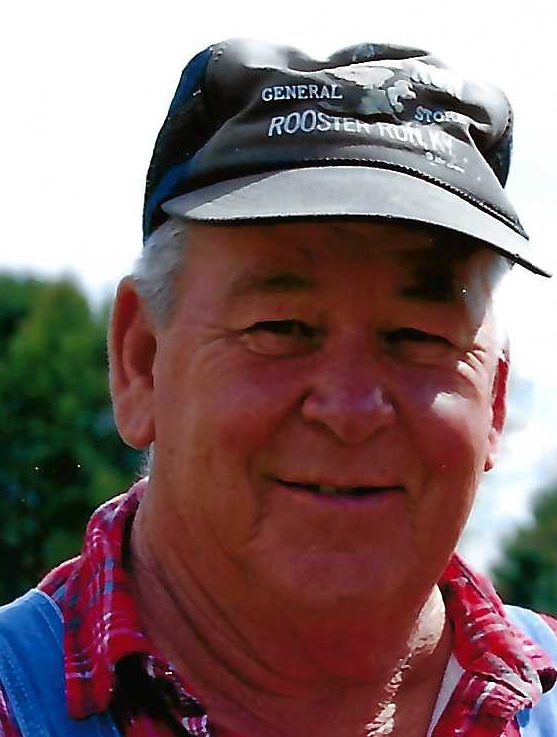 Please share a memory of Edward to include in a keepsake book for family and friends.
View Tribute Book
Edward "Pops" Ritchie Hebron, NY – Edward Charles Ritchie passed away on April 8, 2020 Ed was born on July 10, 1936 the third child of eight, in Louisville, Kentucky the son of the late Samuel and Emily (Powell) Ritchie. Ed lived and worked on the family farm until he joined the Marines where he proudly served from 1955-59. While in the Marines he was fortunate to meet and fall in love with Kit, his beloved wife of 43 years. He worked as a teacher, though only for a short time. However, he passed on his knowledge of his craft and life experience to anyone willing to learn. He had a passion for geography and history, particularly Native American culture. But make no mistake his greatest joy in life was his family. As his family expanded with the addition of grandchildren and great grandchildren, it was easy to see the love in his eyes when they were around, especially the two great granddaughters. Ed was a husband, father, grandfather, great grandfather, brother, and friend to many. He held a special place in the entire community, as many affectionally knew him as "Pops." Pops was predeceased by his parents Sam and Emily, brothers Paul and Joseph, sister Shirley Ann and his wife Catherine "Kit" (Byrnes) Ritchie. He will be lovingly remembered by his children Michael (Christine Schrage) of Great Falls Montana, Jeffrey (Sheila Marshall) Galway, Colleen Fuller of Granville, and Erin Ritchie (Jim Koines) of Ballston Spa. He was blessed with 6 grandchildren: Lauren Mignin (Peter), Sarah Rhodes (Grant), Christopher Fuller (Merribeth), Emily Fuller, Matthew Fuller, and Kitsy Wilcox. and two great granddaughters: Hadleigh Fuller and Harper Fuller. As well as his son in law Robert Fuller of Hartford. Also left to cherish his memory are his siblings: brothers Pat Ritchie (Carolyn), Gary Ritchie, sisters Mary Masden (Garland), Linda Kibler (Warren), and many nieces and nephews. Those who wish to remember Pops in a special way are encouraged to support St. Jude's Research Hospital, 501 St. Jude Place, Memphis, TN 38105-995 in his memory. Pops burial will be private and at the convenience of the family at Our Lady of Mt. Carmel Cemetery where he will be laid to rest with Kit. A celebration of life will be held at a future date.
To plant a beautiful memorial tree in memory of Edward Ritchie, please visit our Tree Store

Look inside to read what others have shared
Family and friends are coming together online to create a special keepsake. Every memory left on the online obituary will be automatically included in this book.
View Tribute Book
Services for Edward Ritchie
There are no events scheduled. You can still show your support by planting a tree in memory of Edward Ritchie.
Plant a tree in memory of Edward

Share Your Memory of
Edward
Upload Your Memory View All Memories
Be the first to upload a memory!
Share A Memory
Plant a Tree