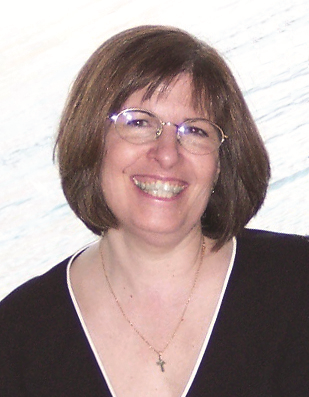 Please share a memory of Janet to include in a keepsake book for family and friends.
View Tribute Book
Janet S. Winn Granville, NY - Janet S. Winn, 71, passed away peacefully at her home with family on April 10, 2020, following a year-long struggle with cancer. Janet was a caring and loving wife, mother and grandmother, who was kind to all those whose lives she touched. Janet was born on March 2, 1949, in Brooklyn, New York. She was the daughter of the late John Sutera and Gaetana "Tillie" Scionti Sutera. She was a full-blooded Sicilian who was proud of her Italian heritage. She graduated from Valley Stream South High School and Adelphia University with a degree in art education. She was the daughter of an upholsterer and the first member of her family to acquire a college degree. She served as the elementary art teacher for the Granville Central School District for nearly two decades prior to her retirement. During her tenure as a teacher, she was known for her sense of humor among her staff members and her kindness to each and every student. Prior to her appointment as a schoolteacher, she worked as a graphic artist for a number of organizations, including Ski Racing magazine in Poultney, Vermont for many years. Following her retirement from teacher, she enjoyed reading, knitting and, surprisingly, became an active and devoted chicken farmer with a small, but well-cared, flock. During her retirement, she developed a special bond with her granddaughter Giana, whom she loved with all of her heart. She was married to Robert Winn on June 27, 1980 and was the mother of two beloved daughters, Melissa Rico of Jamaica Plain, Massachusetts, and Mary Winn of Granville, New York and grandchildren, Giana Marie Fiske, Hayden Villareal and Sam Robert Fiske. She was also survived by her special cousins Dorothy Carew (and her cousin-in-law Lester Carew), Peter Colamartino and Thomas Colamartino, all of New Jersey and who were more like brothers and sisters than cousins. She was also survived by numerous nieces and nephews, including Kerry Busch, Jay Reilly, Daniel Reilly, Paul Winn, Patrick Winn, Lisa Jacobus, Christine Johnson, Liz Bracken and Samuel Winn. In addition to her parents, she was pre-deceased by her sister Linda Busch, her nephew Scott Busch and her niece Vicky Busch. The family expresses their appreciation to Christie Porter for her compassionate assistance in caring for Janet during the most difficult period of her life following her surgery. A burial service and reception will be announced at a later date due to the coronavirus crisis. In lieu of flowers, donations may be made to Pember Library and Museum , 33 West Main Street, Granville, NY New York. Online condolences may be made at www.robertmkingfuneralhome.com
To plant a beautiful memorial tree in memory of Janet Winn, please visit our Tree Store

Look inside to read what others have shared
Family and friends are coming together online to create a special keepsake. Every memory left on the online obituary will be automatically included in this book.
View Tribute Book
Services for Janet Winn
There are no events scheduled. You can still show your support by planting a tree in memory of Janet Winn.
Plant a tree in memory of Janet

Share Your Memory of
Janet
Upload Your Memory View All Memories
Be the first to upload a memory!
Share A Memory
Plant a Tree