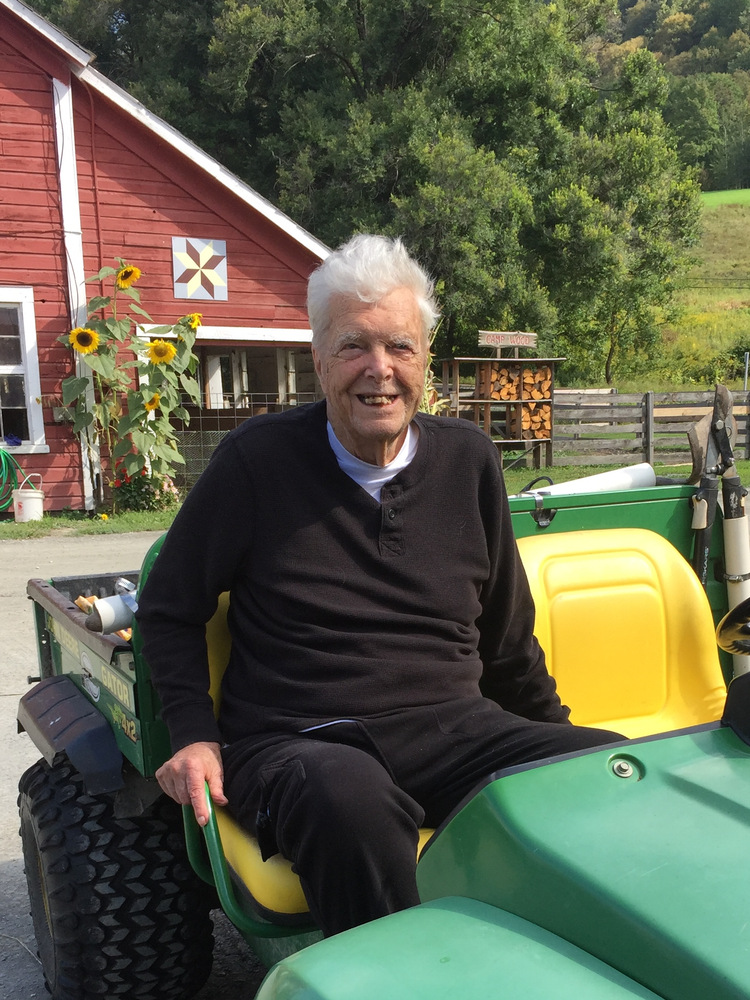 Please share a memory of Harold to include in a keepsake book for family and friends.
View Tribute Book
Harold Henry Bates Wells, VT - Harold Henry Bates, 92, of Wells, VT, passed away peacefully on May 1, 2020. Harold was born in Mount Vernon, New York, the son of Franklin S. Bates and Mary E. Henry. He graduated from The Salisbury School and The Vermont School of Agriculture. For more than fifty years, Harold owned Wellsmere Farm in Wells, VT. He was a founding member of the Wells Volunteer Fire Department, a Civil Defense Director, a Forest Fire Warden, and he was a member of St. Paul's Episcopal Church. He was predeceased by his first wife, Dorothy, who died in 1987, his second wife, Mary, who died in 2008, and his younger brother Jim, who died in 2011. He is survived by his children Tom (Michelle), Dick (Donna), Cathy (Steve), and John (Colleen), four stepchildren James Wilcoxen, Walter Wilcoxen, Peter Wilcoxen, and Mary Ann Oberempt, ten grandchildren, and ten great-grandchildren. In lieu of flowers, donations may be made to the Wells Village Library or the Wells Volunteer Fire Department. Online condolences may be made at www.robertmkingfuneralhome.com.
To send flowers to the family or plant a tree in memory of Harold Bates, please visit Tribute Store

Share Your Memory of
Harold
Upload Your Memory View All Memories
Be the first to upload a memory!
Share A Memory
Send Flowers
Plant a Tree