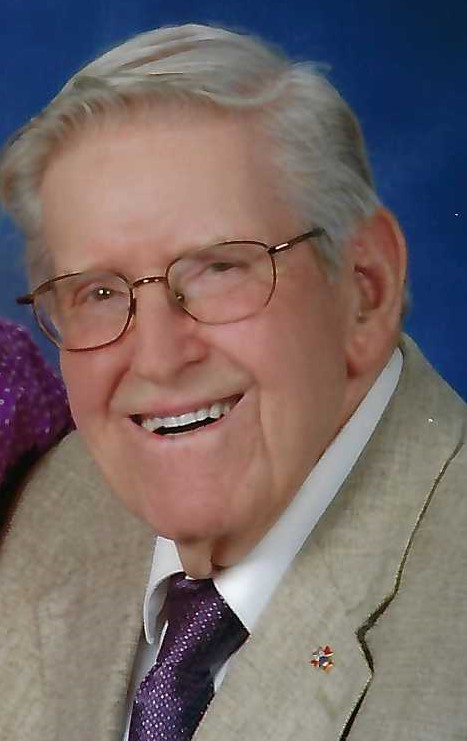 Please share a memory of Roy to include in a keepsake book for family and friends.
View Tribute Book
Roy Herbert Litts Granville, NY – Roy H. Litts, age 92, passed away on June 9, 2020 at Glens Falls Hospital following a short illness. Roy was born on January 10, 1928 in Middletown, NY, the son of the late Roy and Emeline (Gates) Litts. After his graduation from high school in Middletown he enlisted in the US Navy serving during World War II. He married the love of his life, A. Jacqueline "Jackie" (Bennett) in 1949, sharing 64 years of married bliss before Jackie's passing in 2013. Roy worked as the head cook with the NY State Correctional Facility in Woodbourne, NY, and served as a part-time police officer in Fallsburg, NY before the family relocated to Granville, NY. Roy was employed at Great Meadow Correctional Facility in Comstock as a Food Service Manager for 30 years until his retirement. Following retirement, he also did food service at the Emma Laing Stevens Hospital in North Granville. Roy was a devoted husband and father who worked two jobs throughout his life to ensure he could provide extra to give his family a great life. He always made every attempt to attend as many of his children's activities as possible and was a great supporter of their life endeavors. He loved spending time with and teaching his granddaughter, Emeline, with adventures big and small. Roy was a very active member of his community, most proud of his many years of service with the Granville Lion's Club. (20-Y2 Past District Governor 1990-1991) With this organization he enjoyed traveling around the world and experiencing other cultures with his wife Jackie. He also served on the Board of the Pember Library and Museum, and was a member of the Knights of Columbus and American Legion. Roy's Catholic faith was very important to him and was a communicant of St. Mary's Roman Catholic Church in Granville where he served as a Eucharistic Minister. Roy was greatly loved by his family and many friends, who will miss him and think of him often. He was predeceased by his daughter Marlene Fischman, a grandson Kevin Litts, and his beloved wife Jackie. Survivors are his sons Brian of Lake George, NY, and Keith (Debbie) of West Rutland. He was blessed with a granddaughter Emeline "Emmy" Litts of Rutland, Vermont. He is also survived by Jackie's sister Patsy Marshalek (Middletown, NY), and granddaughter Leah Fischman (Long Island, NY) A funeral service will be held at a later date. Arrangements were entrusted to the Robert M King Funeral Home, Granville, NY.
To plant a beautiful memorial tree in memory of Roy Litts, please visit our Tree Store

Look inside to read what others have shared
Family and friends are coming together online to create a special keepsake. Every memory left on the online obituary will be automatically included in this book.
View Tribute Book
Services for Roy Litts
There are no events scheduled. You can still show your support by planting a tree in memory of Roy Litts.
Plant a tree in memory of Roy

Share Your Memory of
Roy
Upload Your Memory View All Memories
Be the first to upload a memory!
Share A Memory
Plant a Tree