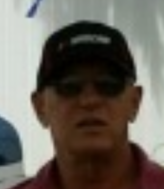 Please share a memory of Douglas to include in a keepsake book for family and friends.
View Tribute Book
Douglas Hurley Granville, NY – Douglas Hurley, age 63, passed away following a short illness on Friday, June 12, 2020 at his home. Doug and his twin brother Dan were born on June 3, 1957, the sons of Stanley L. and Mary (Hicks) Hurley. Doug attended Granville High School and joined the military where he served for two years. Upon being discharged from the military he sought out his brother who was living in Wyoming and got a job with him working on an oil rig. Except for the military time, the two were always in close proximity. Together they moved back to Granville. No matter what, they always had each other's back. While in school they looked to so much alike they would switch places in classrooms without the teacher's knowledge. Doug lived his life believing in family – God-country and NASCAR. He was an avid fan of racing with whose favorite driver was Denny Hamlin. He was a hard worker and a happy go lucky guy. He was able to always see the good in everyone and make most occasions into a good time. He was spontaneous and adventurous. He knew no boundaries. Though a handful in his younger years, his family loved him dearly. As he grew up and became a great brother to his sisters Mary and Joanne. Doug always tried to be sure they were doing ok, with frequent phone calls and being a chauffeur on their shopping trips to be sure they were cared for…and the laughs they all shared together. Doug was proud of his achievement of over 20 years sober through the assistance of AA. He will forever appreciate the guidance and friendships he made there. Doug was predeceased by his parents, a sister Marjorie, and a brother Bug. Left to count their many memories are his siblings: twin brother Dan of Granville, George of Hudson Falls, Mary Ramey of Granville, and Joanne Reid (Jim) of West Pawlet in addition to numerous nieces and nephews. The family suggests that memorials contributions in his name can be made to the Granville Rescue Squad, POB 153, Granville, NY 12832, Granville Police Benevolent Association, 51 Quaker St., Granville, NY 12832 or Alcoholic Anonymous Doug will be buried in Rupert St. Cemetery in Rupert, VT. Funeral arrangement were entrusted to the Robert M King Funeral Home, Granville, NY. Online condolences may be made at www.robertmkingfuneralhome.com
To plant a beautiful memorial tree in memory of Douglas Hurley, please visit our Tree Store

Look inside to read what others have shared
Family and friends are coming together online to create a special keepsake. Every memory left on the online obituary will be automatically included in this book.
View Tribute Book
Services for Douglas Hurley
There are no events scheduled. You can still show your support by planting a tree in memory of Douglas Hurley.
Plant a tree in memory of Douglas

Share Your Memory of
Douglas
Upload Your Memory View All Memories
Be the first to upload a memory!
Share A Memory
Plant a Tree