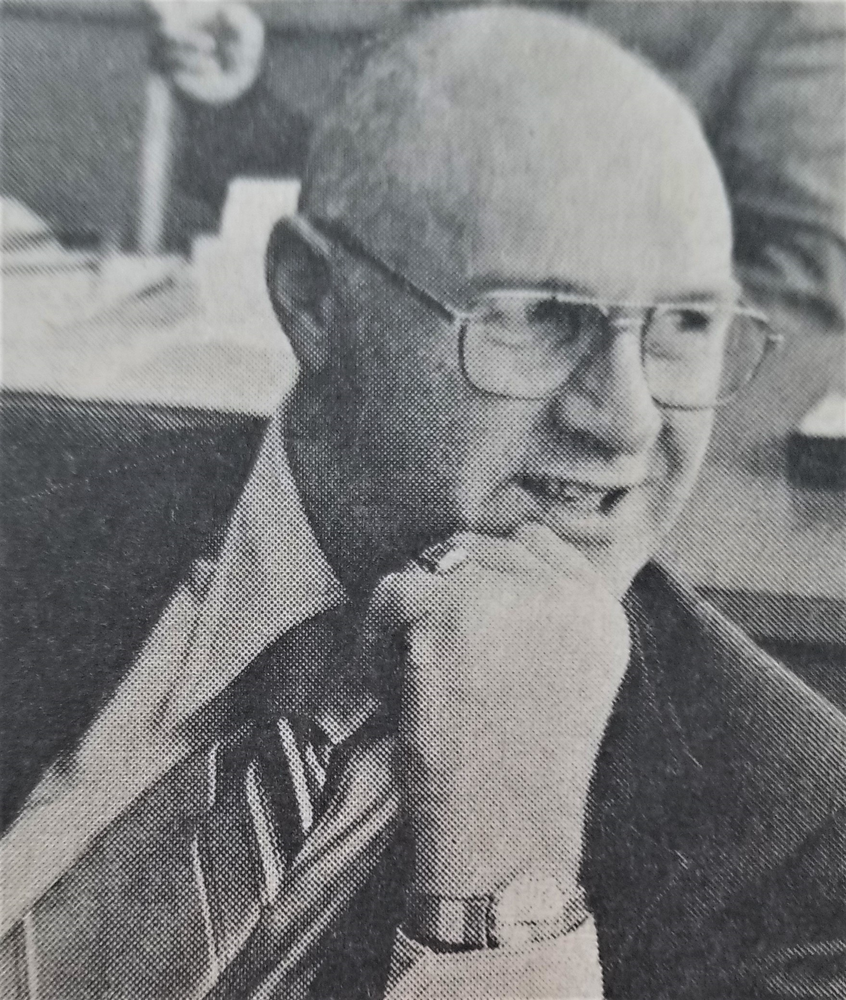 Please share a memory of Laurence to include in a keepsake book for family and friends.
View Tribute Book
Laurence E. Andrews Granville, NY – Laurence E. Andrews passed away on the family farm at the age of 99, holding hands with his beloved Annabelle on July 31, 2020 during the Hour of Great Mercy. Laurence was born on October 22, 1920 on the family farm the son of Ensign and Elnora (O'Connor) Andrews. He assumed responsibility for the operation of the farm during his senior year of high school when his father was killed in an accident. He was a farmer for 30 years, then became a loan officer for Key Bank N. A. for 15 years. In retirement he and Annabelle enjoyed many trips and cruises including to the Holy Land, Ireland, Hawaii, and Alaska. Larry was a Rotarian. He served the Town of Granville and Washington County as a Justice of the Peace, a town supervisor, county budget officer and Chairman of the Board of Supervisors. He also served on the Hospital Committee for the former Emma Laing Stevens Hospital and the Board of SUNY Adirondack. He was a lifelong member of Trinity Episcopal Church in Granville and served as a Deacon for many years. He was an avid racing fan, running the gamut from NASCAR to dirt modifieds. He went to many races throughout the northeast on a regular basis. He and Annabelle loved to play golf and he attained several holes in one. Larry was predeceased by a half brother Morris Andrews, a son-in-law Peter Beecher Sr. a daughter Lea Vigeant and his wife Eleanor. He is survived by his wife Annabelle and his children Joan Beecher and Laurence "Bud" Andrews (Carol) of Granville. He was blessed with five grandchildren: a very special grandson who he helped to raise, Shawn Vigeant, Wendy Butler (Adam), Peter Beecher Jr. (Tara), Matthew Beecher and Lauren Andrews. His blessing expanded to his great grandchildren: Katie Hart (Travis), Matthew Beecher II, Christopher Beecher (Courtney), Emily Butler, Brianna Beecher and Ryan Vigeant along with three great-great grandchildren: Charlee, Beatrice and Chevelle. The family wants to express their gratitude to the Granville Rescue Squad as well as all the wonderful helpers who made it possible for Dad to be in his own home including Leslie, Lorie and all the staff at Neighbors NY Inc. We are also very grateful to everyone at Mettowee Valley Family Health. Memorial donations to any local charity of your choice are greatly appreciated by his family. His funeral will be private and at the convenience of the family. Online condolences may be made at www.robertmkingfuneralhome.com.
To plant a beautiful memorial tree in memory of Laurence Andrews, please visit our Tree Store

Look inside to read what others have shared
Family and friends are coming together online to create a special keepsake. Every memory left on the online obituary will be automatically included in this book.
View Tribute Book
Services for Laurence Andrews
There are no events scheduled. You can still show your support by planting a tree in memory of Laurence Andrews.
Plant a tree in memory of Laurence

Share Your Memory of
Laurence
Upload Your Memory View All Memories
Be the first to upload a memory!
Share A Memory
Plant a Tree