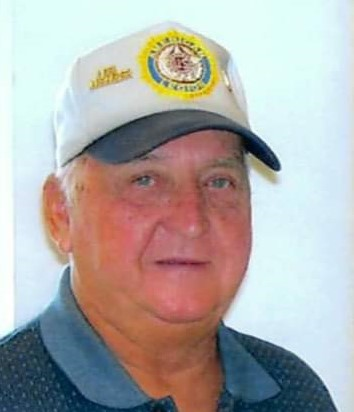 Please share a memory of James to include in a keepsake book for family and friends.
View Tribute Book
James A. Stanley Granville, NY – James Albert Stanley, age 88, passed away at his home following a short illness. Jim was born on August 10, 1932 in Clinton, Massachusetts the son of the late James and Irene (Cassels) Stanley. Jim was a proud veteran serving during the Korean War and a member of the American Legion and VFW both in Granville. Upon his return home from the military he met and eventually married the love of his life Jean Osgood. A nod to the fun and loving couple they would become, their wedding was on Halloween. Together they raised four children and built a loving family. He was a hard worker holding down his job at Norton Co. from which he retired, while also working for Ritchie Sand and Gravel doing various tasks in tandem with Bud and Clarence. His work relationship turned into a forever friendship with Bud and Sandy which spanned nearly 50 years. The four amigos spent much of their leisure time together as well. Jim and Jean traveled out west and made several trips each summer to Maine and New Hampshire. They always had fun wherever they went and were always the life of the party (which usually was not in full swing until the Stanley's had arrived). You were always welcome to argue your point of view with Jim, but you needed to know that at the end of the day, without question, he was always right. While he was fun, all who knew him, would appreciate that a former employer described him as "possibly being a little cantankerous." Jim was an avid auto racing fan. He enjoyed attending racing events from NASCAR to dirt modifieds. His favorite driver was Dale Earnhardt. After Jean predeceased him, Jim was fortunate to have found the love and companionship of another good woman. He and Myra Dennison became great friends sharing a common bond of having lost their spouses. They spent eight happy years together in Myrtle Beach. It can be said without question, that he lived a good and happy life. Jim was predeceased by his sister Marilyn Wood, his wife Jean, and his companion Myra. He is survived by his four children: Kathy J. Olson (Carl) of Buxton, Me, Kimberly A. Dunster (Sam) of Middle Granville, Kevin J Stanley of Fair Haven, VT, and Keith E. Stanley of Middle Granville. He was blessed with eight grandchildren: Jeffrey Dunster, Jennifer Vanderminden (Chip), Zachary Olson (Paige), Nolan Stanley, Brooke Drake (Ben), Ethan Olson, (Jessica), Hannah Stanley, and Erin Rathbun and four great grandchildren Zachary Vanderminden, Riley Dunster, Emma and Lilliana Vanderminden of who he was extremely proud. Jim will be remembered by his sister Judy Smith (Roger) of Greenfield Center. In addition, he will be missed by his extended Dennison family, and nieces, nephews, aunts, uncles, and cousins. Friends may call on Wednesday, September 30, 2020 from 4- 7 PM at the Robert M King Funeral Home, 23 Church St., Granville. All wishing to attend are reminded that masks are required for admittance and must be worn the entire time you are in the building. Number of people allowed inside at a time is limited. Please be patient while waiting your turn to enter. The funeral service and burial at Mountainview Cemetery will be private and at the convenience of the family. Those wishing to remember Jim in a special way may make a donation to the American Legion Memorial Honor Guard in which he proudly served. They may be mailed to American Legion Post 323, 10 Columbus St., Granville, NY 12832.
To send flowers to the family or plant a tree in memory of James Stanley, please visit Tribute Store
Wednesday
30
September

Share Your Memory of
James
Upload Your Memory View All Memories
Be the first to upload a memory!
Share A Memory
Send Flowers
Plant a Tree