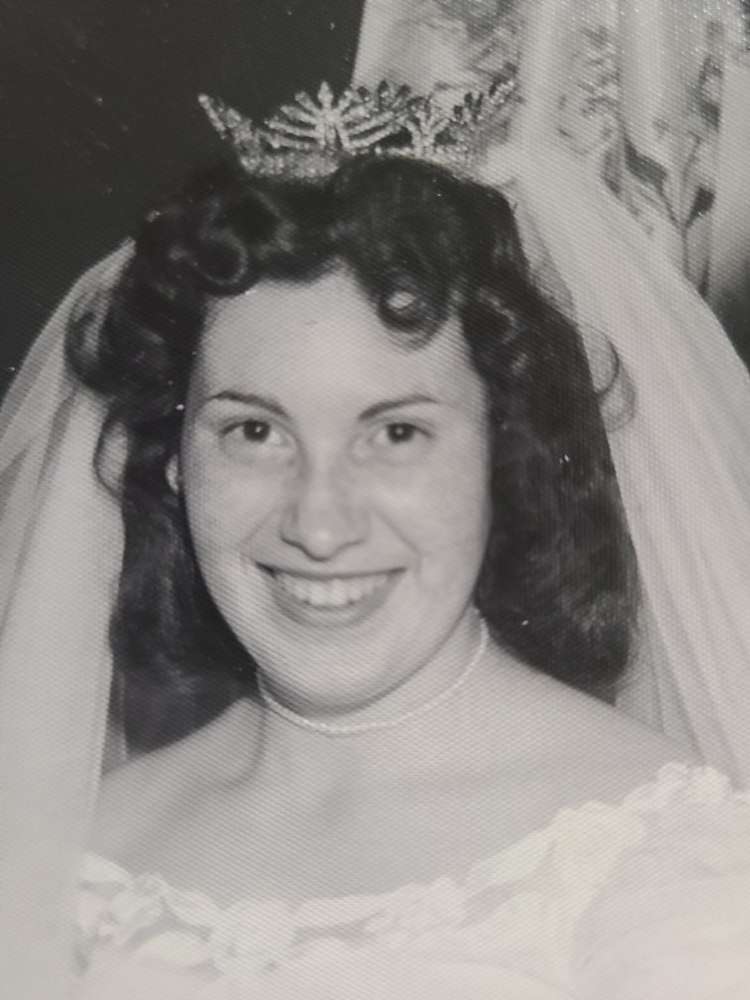 Please share a memory of Judith to include in a keepsake book for family and friends.
View Tribute Book
Judith Ann Williams Granville, NY – On Friday, September 25th, 2020, heaven welcomed another angel. Judy Williams took her place among her fellow departed friends and family and her beloved husband Jack to begin her next adventure. Judy was born in the summer of 1940, the daughter of Richard "Jiggy" and Doris (Jay) Caruso. Judy took her role of eldest daughter and big sister very seriously to her brother Frank and later John. Judy enjoyed her youth surrounded by a large, close family with strong family values and a strong devotion to her faith. Judy enjoyed dancing, skating, and had a lifelong love of music. When Judy was a teenager, she went to work at DiBernardo's restaurant in Granville, a poplar pizza and soda shop. Judy met her husband Jack (John Arthur Williams) at that very restaurant when he was home on leave from the military. Jack was stationed at Otis Air Base in Massachusetts at the time and the two started writing each other. Judy and Jack shared their first date under the watchful eye of her father Richard when they went to see Richard's band in Hampton, NY. Jack would frequently hitchhike to Granville as they continued their courtship which led Jack to becoming a huge hypocrite in later years as he forbade his children from ever hitchhiking. Judy attended her Senior Prom with Jack in 1958 and shortly thereafter Jack was stationed in France for 2 years where the two continued their courtship. Jack finally got up the nerve to propose to Judy by letter and when he returned the summer of 1960 the two were married. They wedding was at St. Mary's Church and a reception of royal standards followed at the White Rock in Granville. Jack and Judy traveled together to many locations and enjoyed an active social life that included dancing whenever they could find live music, and in 1962 they welcomed their first born, a daughter Stacey. Stacey quickly became the apple of Judy's eye, and less than a year later Kevin arrived who would quickly become the black sheep of the family. Several years later Jack and Judy would welcome another son Stephen in an attempt to make up for the frustration Kevin had given them. For a number of years Judy and the kids would travel with Jack as he was stationed in Goose Bay Labrador, California, Maine, Florida, and New Jersey. Jack also served a total of 5 tours in Vietnam and Judy always made sure her children were provided for, loved, and continued to grow in Jack's absence. Her greatest gifts to her children would be her unlimited love, selfless devotion and unwavering persistence to their needs in the most difficult of times. Eventually Jack and Judy would settle back in Granville where she enjoyed gardening, canning, cooking and playing Bingo. Judy was always active in the community joining the Women's Auxiliary to one of the Volunteer Fire Departments. Judy and Jack would eventually open a ceramic shop in Granville to offer the community an opportunity to engage in artistic activities. Judy loved helping people bring out their creativity. After raising their children and seeing the arrival of 2 grandchildren Judy and Jack spent their remaining years together enjoying each other and even dancing on occasion. The house was always filled with joyful, yet loud music, as Jack's hearing grew worse. Sadly, Jack would pass in August of 2009 and as Judy's health declined she relocated to Slate Valley Center in 2012. Judy was welcomed by friends, family and even a few classmates during her stay where she continued to dominate the Bingo games with her ruthless skill, quick wit and continual smile. Judy will continue the be honored by her brothers Frank of Buffalo NY, and John, his wife Leah and their sons Jordan and Anthony also of Buffalo; along with her children; daughter Stacey her husband Thomas, of Schenectady NY, son Kevin of Phoenix AZ, and son Stephen and his wife Christine, both veterans of the USAF now residing in New Hampshire. She also leaves behind two granddaughters, Bailey and Jesslyn both of Granville NY Judy will be laid to rest beside her husband Jack at Gerald B. H. Solomon Saratoga National Cemetery in Schuylerville, NY. Together again. Funeral arrangements were entrusted to the Robert M King Funeral Home, Granville, NY.
To send flowers to the family or plant a tree in memory of Judith Williams, please visit Tribute Store

Share Your Memory of
Judith
Upload Your Memory View All Memories
Be the first to upload a memory!
Share A Memory
Send Flowers
Plant a Tree