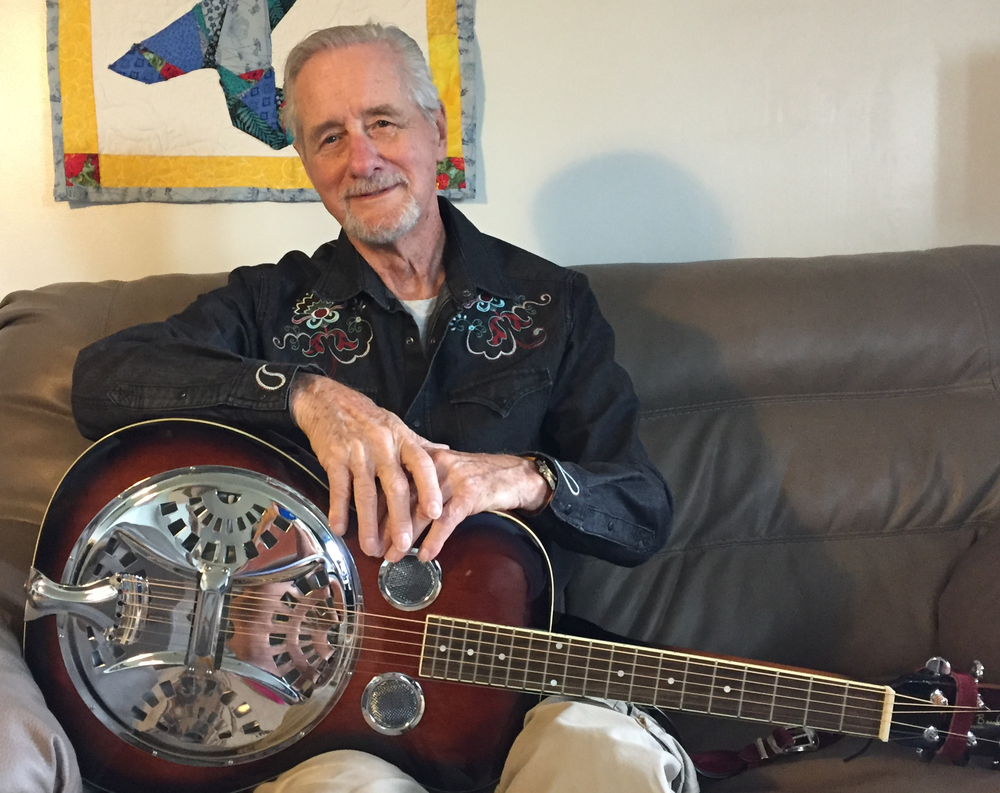 Please share a memory of Edward to include in a keepsake book for family and friends.
View Tribute Book
Edward J. Kelly Queensbury/Granville, NY – Edward James Kelly, 82, went to be with the Lord on September 23, 2020 in Queensbury, NY. Eddie was born on May 24, 1938 the son of Margaret Kelly Aguiar; and the adopted son of Patrick and Mary (Fennell) Kelly, his grandparents, becoming their 17th child. He was a 1955 graduate of Granville High School. He attended Ithaca College enrolled in Radio and Broadcast Journalism and later attended SUNY Adirondack in Glen Falls in a Videography and Media Arts certificate program. Ed was a proud Army veteran, stationed in Germany and Rome, NY serving as military police. He used those skills to work in law enforcement in Granville, Glens Falls, and Lake George as well as the NYS Capital Building in Albany, NY. Ed had a passion for music and a God given gift for playing several instruments, especially the steel guitar. He was a humble, self-taught musician, touring with numerous bands around the US and on a USO tour during Desert Storm. Throughout his career, Eddie opened for many musicians including George Strait, Waylon Jennings, Tanya Tucker, Mary Kay Place and Loretta Lynn. In his 70's he picked up playing dobro resonator guitar and found a deep affinity for bluegrass music. He was a self-proclaimed Dobroaholic! Never one to sit idle, Ed worked as an independent videographer for local news stations 6,8,10 and 23. During his grandson's youth hockey years Ed owned The Hockey Shop in Glens Falls and Saratoga, continuously keeping his grandsons well equipped. He organized and actively played in a men's Hockey League into his early 70's. He was enthusiastic about music and sharing his talent for others to enjoy, especially teaching young aspiring musicians from his Granville music store. He also passed on his love for music to his daughter Kiki by teaching her how to play the ukulele, guitar, and dobro. Ed loved watching the NY Mets games, archery, traveling, videography, photography, listening to and playing bluegrass music, socializing with friends, taking his yellow lab Bentley for rides in the car to get Dunkin Donuts (and an occasional burger from a drive-thru). He also loved to race cars and motorcycles when he was younger. Locals nicknamed him "Killer Kelly." In fact, he took his son Matt for his first motorcycle ride and his son is now a passionate rider! He was predeceased by his parents, daughter Denise Kelly Christianson and 15 siblings. Ed is survived by his wife Julie (Minor) Kelly of Queensbury, daughters Teresa Kelly Chapman (Gary) of Lake Bomoseen, VT, Alison Getty (Kevin) of Hebron, and Kiki Lee Rose of Stowe, VT, and son Matthew Kelly of Saratoga. He was blessed with five grandchildren: Evan Chapman (Amy), Andrew Chapman (Katie), Jessica and Jacob Getty, and Sloane Kelly and seven great grandchildren: Carson, Crew, Cal, Penelope, Sienna, Axel and Lola Chapman in addition his brother Craig Kelly and many nieces and nephews. A funeral service will be held at St. Mary's Roman Catholic Church, 23 Bulkley Ave., Granville, NY on Friday, October 30, 2020 at 11AM with the Rev. Joseph Arockiasamy presiding. Burial will follow at the Gerald B. H. Solomon Saratoga National Cemetery 200 Duell Rd. Schuylerville, NY 12871 at 2 PM. Julie would love to have you send a card or note to share your memories and stories of Ed with his family at POB 134, Granville, NY 12832. They would love to hear from you and remember him. In honor of his love of animals, donation may be made in his memory to the local SPCA. Funeral arrangements are entrusted to the Robert M King Funeral Home, 23 Church St., Granville, NY. Online condolences may be made at www.robertmkingfuneralhome.com.
To send flowers to the family or plant a tree in memory of Edward Kelly, please visit Tribute Store
Friday
30
October

Share Your Memory of
Edward
Upload Your Memory View All Memories
Be the first to upload a memory!
Share A Memory
Send Flowers
Plant a Tree