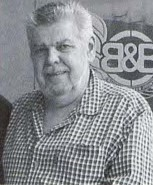 Please share a memory of Nelson to include in a keepsake book for family and friends.
View Tribute Book
Nelson Frank Rice Saratoga Springs, NY – Nelson Frank Rice, age 76, passed away at his home following a brief illness. Frank was born on June 1, 1944 in Tupper Lake, New York, the son of Nelson and Marjorie (Brickey) Rice. The majority of his career was in corrections. He worked at New York State facilities throughout his years and retired from the NYS Department of Corrections with the rank of Lieutenant. He also worked for the Granville Police Department. Frank loved the outdoors. Fishing, hunting and golf were a great enjoyments to him. He was also an avid horseman. During his retirement he found time to sketch. His favorite subjects was animals and nature. He spent summers in New York and his winters in Florida. The trip home always involved a stop in the Smoky Mountains which he also loved. Survivors are his companion of 20 years, Anne Ricks, his children: Shane of Scotia, Mike of Granville, James (Helenna) of Germany and Elisa Erickson (Curt) of Granville and Anne's children Todd Ricks of Granville, Neal of Florida and Paula diSessa of California. He was blessed with six grandchildren: Ethan and Eric Erickson Jr, Jacob and Christine Rice, and Elise and Samantha Rice. Frank was predeceased by an infant grandson. A service will be held at a later date. Funeral arrangements were entrusted to the Robert M King Funeral Home in Granville, NY. Online condolences may be made at www.robertmkingfuneralhome.com.
To plant a beautiful memorial tree in memory of Nelson Rice, please visit our Tree Store

Look inside to read what others have shared
Family and friends are coming together online to create a special keepsake. Every memory left on the online obituary will be automatically included in this book.
View Tribute Book
Services for Nelson Rice
There are no events scheduled. You can still show your support by planting a tree in memory of Nelson Rice.
Plant a tree in memory of Nelson

Share Your Memory of
Nelson
Upload Your Memory View All Memories
Be the first to upload a memory!
Share A Memory
Plant a Tree