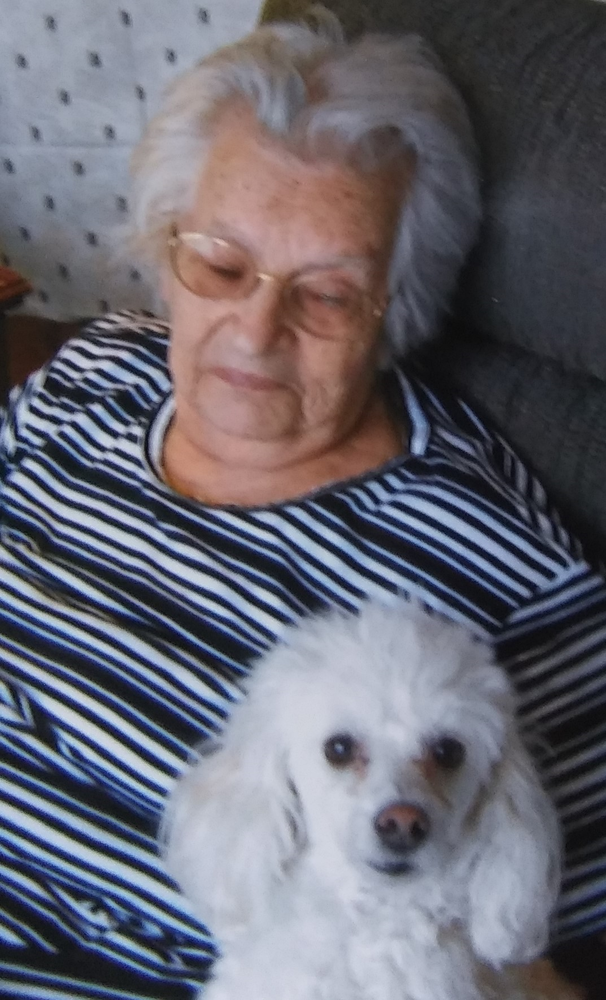 Please share a memory of Mary to include in a keepsake book for family and friends.
View Tribute Book
Mary R. King Salem, NY – Mary Ruth King, age 97, passed away at Granville Center on May 3, 2021. Mary was born in Hudson Falls, NY on January 20, 1924, the daughter of the late Percy and Gladys (Yarter) Carpenter. She was a bookkeeper. When she went to work for Quaker Electric it was a perfect fit and she stayed there until her retirement in 1989. She and her family had a camp on Cossayuna Lake where many happy years were spent. Being the enterprising and hard-working woman she was, she purchased the Billiken in 1955. This was a campground, small store, and marina. She not only worked her job at Quaker Electric but ran a successful business. In addition to running the business she added such events as the annual breakfast for the Bass Tournament. She retired in 1975 from this venture. Mary was an avid reader and knitter. She knitted hats for the neonatal unit at Albany Med as well as other children's causes. Once when she had fallen and the rescue squad had been called, while waiting, she sat there on the floor knitting. Mary derived great pleasure from watching the backyard birds visit at her feeders. After she was admitted at Granville Center her daughter brought her favorite birdfeeder and placed it outside her window. Mary was predeceased by a son John King and a sister Jane Dolhoff. She will be forever missed by her children: Jim King (Norma) of Wilmington, NC, Tom King (Gail) of Fort Edward, Terry King (Sue) of McHenry, IL, Sue Duggan (Mike) of Hudson Falls, Mary King (Patricia Foran) of Salem, and Jan Gardner (Jay) of Queensbury. She was blessed with 8 grandchildren and 7 great grandchildren. She will be missed by her sister Kay Ekstrom of Owego, NY. Abiding by Mary's wishes there will be no service or visitation. The family has suggested memorial contributions may be made in her memory to the Salem Rescue Squad for all the assistance they gave her over the years. (Salem Rescue Squad, 152 East Broadway, Salem, NY 12865). Online condolences may be made at www.robertmkingfuneralhome.com.
To plant a beautiful memorial tree in memory of Mary King, please visit our Tree Store

Look inside to read what others have shared
Family and friends are coming together online to create a special keepsake. Every memory left on the online obituary will be automatically included in this book.
View Tribute Book
Services for Mary King
There are no events scheduled. You can still show your support by planting a tree in memory of Mary King.
Plant a tree in memory of Mary

Share Your Memory of
Mary
Upload Your Memory View All Memories
Be the first to upload a memory!
Share A Memory
Plant a Tree