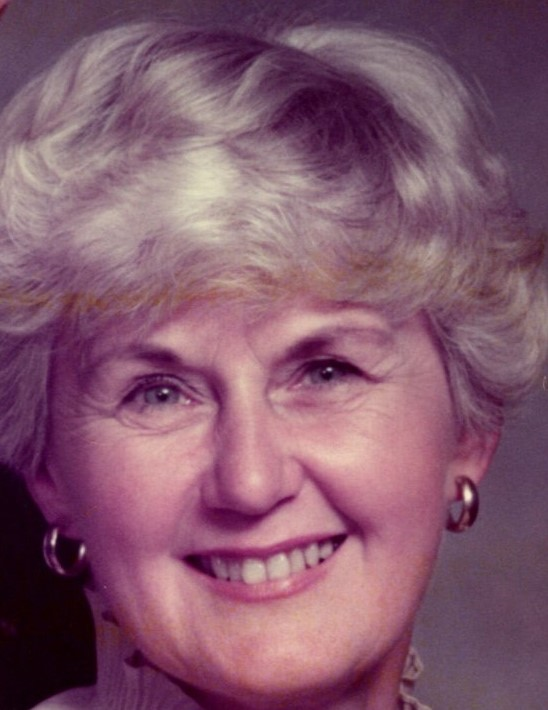 Please share a memory of Annabelle to include in a keepsake book for family and friends.
View Tribute Book
Annabelle L. Andrews Granville, NY – Annabelle Andrews, age 91, passed away at her home on August 31, 2021, with the great anticipation of being reunited with her beloved husband whom she desperately missed. Annabelle was born on February 23, 1930, in Rutland, Vermont the daughter of Albert Walters and Gladys Huntington. Her childhood was spent being raised by her extended Huntington members of the family. She was never blessed with children of her own, but she loved her nieces and nephews with the same fervor as a mother, and in turn they adored her. Annabelle met and married Laurence Andrews after the unexpected passing of his wife. They were both in the prime of their lives and alone and found great joy together. They were married for 37 years. They had so many enjoyments in common such as golfing and traveling to wonderful destinations such as the Holy Land, Ireland, Alaska and Hawaii. Larry had met his "match" as Annabelle was an accomplished golfer as well. And she was a great cook. Though Larry's children were adults when they met, she got to be a "mother" at last. But she never neglected her nieces and nephews and continued to shower them with love and be an active part of their lives as well. Annabelle was predeceased by her parents, a son-in-law Peter Beecher Sr., a stepdaughter Lea Vigeant and beloved husband Larry. She is survived by her stepchildren Joan Beecher and Laurence "Bud" Andrews (Carol) all of Granville and grandchildren Shawn Vigeant, Wendy Butler (Adam), Peter Beecher, Jr. (Tara), Matthew Beecher and Lauren Andrews. She always felt very blessed in sharing the great grandchildren Katie Hart (Travis), Matthew Beecher II, Christopher Beecher (Courtney), Emily Butler, Brianna Beecher and Ryan Vigeant along with great - great grandchildren Charlee, Beatrice, Chevelle and Chloe. She is also survived by an aunt and an uncle, nieces and nephews of the Huntington and Hewitt families. Her funeral will be private and at the convenience of the family. However, in the very near future the family is planning a combined celebration of their lives. The family wishes to extend their sincere appreciation to Mettowee Valley Family Health, Neighbors NY and High Peaks Hospice for their care and assistance which allowed Annabelle to stay in her home. Memorial contributions may be made to the Church of the Holy Spirit, c/o Rev. Arthur Peters, 35 North Street, Granville, NY or to the charity of one's choice. Online condolences may be made at www.robertmkingfuneralhome.com.
To send flowers to the family or plant a tree in memory of Annabelle Andrews, please visit Tribute Store
Saturday
18
September

Share Your Memory of
Annabelle
Upload Your Memory View All Memories
Be the first to upload a memory!
Share A Memory
Send Flowers
Plant a Tree