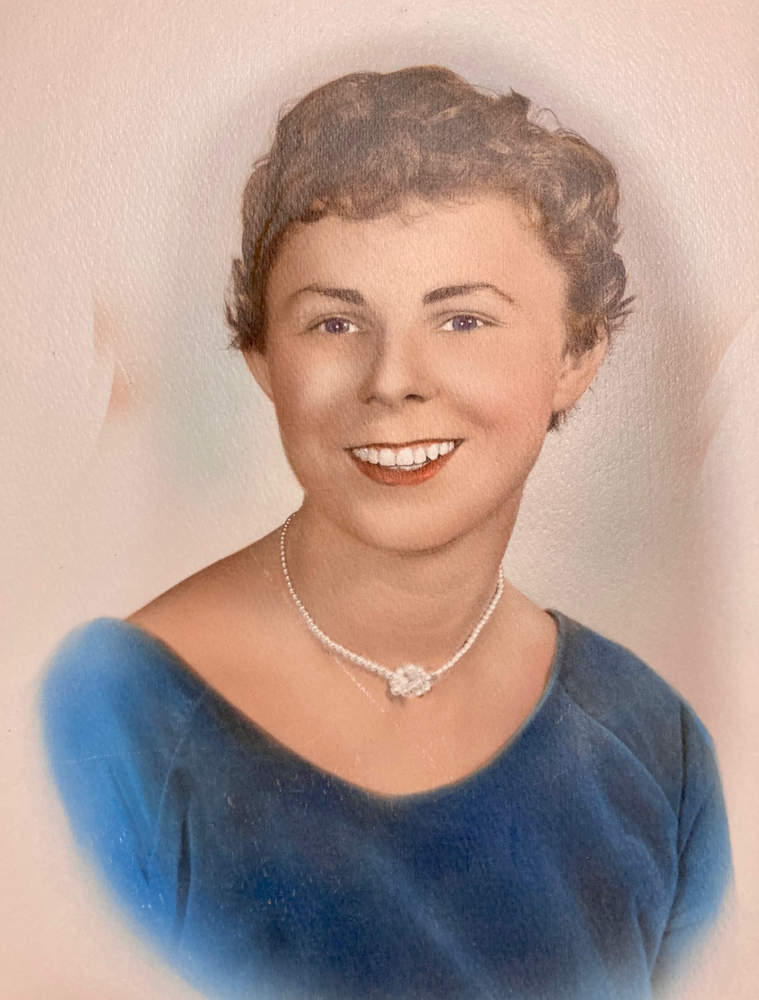 Please share a memory of Joan to include in a keepsake book for family and friends.
View Tribute Book
Joan H. Pauquette Wells, VT - Joan Helen "Joanie" (Jones) Pauquette "went home" on September 8, 2021. Joan was born in Granville, New York on July 24, 1938, to Samuel A. Jones and Pauline Helen (Fitzpatrick) Jones. She was their youngest daughter and the sixth out of seven children: Beverly Oakman, Wilhelmina "Billy" Jones, Sally Roussil, Betty Sheldon, Jermaine "Jerry" Pauquette, and Samuel Jones II (all whom predeceased her). Joan graduated from Granville High School (class of 1956), joined the U.S. Navy Reserves, and worked for several years at National Grange Insurance before marrying her husband of 61 years, Richard "Richie" Pauquette and starting a family. They were married in St. Raphael's Catholic Church in Poultney, Vermont on April 23, 1960, and together raised three children: Paulette "Polly" Pauquette Miller (Loren), Richard "Dick" Pauquette and Danielle Pauquette (Andy), five grandchildren: Nicole Miller Bower (Scott), Lauren Miller Flanders (Wes), Alexandra Pauquette Towle (Kevin), Jordan Pauquette (Rachael) and Paige Pauquette, and seven great grandchildren: Mason Seuferling, Fiona Graves, Gavin Gensch, Grayson Towle, Libby Bower, Elliott Bower and Orla Towle. Joan spent her whole life on North Street in Wells, Vermont. As a child she lived on Little Lake St. Catherine and Lakes End in the Jones family home affectionally referred to as "the big yellow house" which burnt in 1961. For a short time, she and Richie lived at Lakes End Court. From 1964 until her death, she lived just across the bridge in the home Richie built for her at #351. Always caring and compassionate, after her children were grown Joan shared her talent for caring for others while employed as a personal care assistant for the elderly and infirmed through the Dorset Nurses and Manchester Home Health. Joan was a proud member of the D.A.R. and Wells Historical Society. She treasured her family's history and photos which she enjoyed sharing with her cousin and family historian, Neil Garner. Joan kept large scrapbooks of every newspaper clipping regarding family marriages, births, deaths, and accomplishments, and in her last years, as her memory faded, they provided her great comfort as she spent hours reading and studying her albums. Joan's whole world was her home. She decorated the house for each holiday, and while she did not possess a passion for cooking, it was always open for large family gatherings. She enjoyed tending her flower gardens, antiquing, and going for a Sunday ride. Her mother, sisters and daughters were her best friends, along with Gladys Waite, Virginia Armer, and Nadine Lake. Joan was a loving and generous wife, mother, and grandmother. She loved her family above all else, especially her niece, Michelle Pauquette, and nephew, Bernard "Butch" Pauquette, whom she loved and protected after the death of their mother, her sister Jerry. Besides her husband, children, grandchildren and great grandchildren, Joan is also survived by many nieces and nephews and their families, along with numerous cousins. While Joanie will be missed and mourned by those she left behind on this Earth, her family and friends take great comfort in knowing she is now "home" wrapped in the arms of those she loved and missed so much. At Joan's request, there will be no calling hours and internment in the Wells Cemetery will be private. Donations in her memory may be made to St. Jude Children's Research Hospital or Dementia Society of America.
To plant a beautiful memorial tree in memory of Joan Pauquette, please visit our Tree Store

Look inside to read what others have shared
Family and friends are coming together online to create a special keepsake. Every memory left on the online obituary will be automatically included in this book.
View Tribute Book
Services for Joan Pauquette
There are no events scheduled. You can still show your support by planting a tree in memory of Joan Pauquette.
Plant a tree in memory of Joan

Share Your Memory of
Joan
Upload Your Memory View All Memories
Be the first to upload a memory!
Share A Memory
Plant a Tree