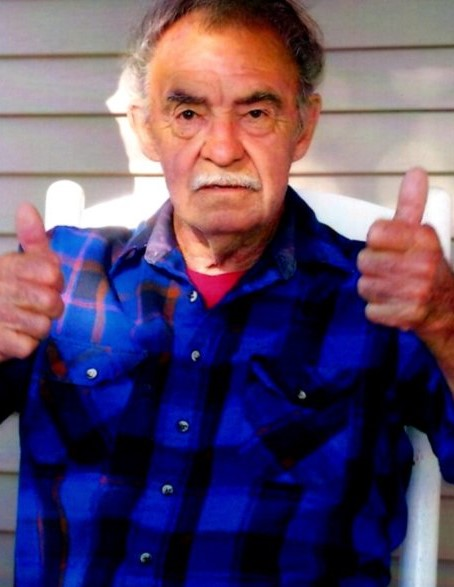 Please share a memory of Andrew to include in a keepsake book for family and friends.
View Tribute Book
Andrew Thomas Granville, NY - After a long, fruitful and full life Andy finally got to go home after 93 years on this earth. He was one month short of his 94th birthday. He kicked the bucket and he kicked it hard. Our father always told us "We all take our turn and when we do, we go to a better place." And that he did on Saturday, September 18th. He is reunited with his wife Anne who predeceased him in 1998. He was also predeceased by his parents Michael Tomasovsky and Mary (Dubyak) Tomasovsky, his three older brothers John, George and Michael as well as four sisters, Mitzi, Helen, Tess and Madeline are also in heaven with him. He is survived by his sister, Irene Thomas. He is also survived by his Guardian Angel and daughter, Lori Glasier and her husband Kevin, two sons, Dave and his wife Myong from Virginia and Steve and his wife Mi from North Carolina, five grandchildren, Jenny, Sabrina, Ashley, DJ, and Kelly as well as four great-grandchildren, Parker, Liam, Emmett and Josephine. Also left to cherish his memory are numerous nephews, nieces and many friends. Andy was born in Granville, NY on October 17, 1927, and lived almost his entire life there. After graduating high school in 1945 he joined the Navy and was stationed in Washington, DC and Virginia. After honorably leaving the service, he became a correctional officer and worked almost his entire time at Great Meadow Correctional Facility in Comstock, NY. Andy always put his family first. He worked tirelessly at two jobs simultaneously most of his life. While a correctional officer he also worked for Corey Oil delivering fuel oil in the worst of weather during the winter months. He also painted homes during the summertime. Then after retiring from Great Meadow, he became a bus driver for Granville Central School and later Burr and Burton Academy. Andy was a ten-year member of the Granville Rescue Squad. He was also the caretaker, maintenance man and jack of all trades for both Saints Peter and Paul and Saint Mary's Catholic churches, both located in Granville. He loved animals of all kinds, but especially of the canine variety. He always traveled with a few biscuits in his car or on his person and the many dogs he met on his travels were the recipients of some great snacks. He was known for his sense of humor and quick wit. Although his short-term memory had declined in recent months, his long-term memory remained exceptional. He could recall and tell stories about life's events from 60-70 years ago as if they happened yesterday. He also knew and remembered the old tales from the slate industry and all the men that made Granville the "Colored Slate Capital of the World." Our father taught us many things over the years and always gave us sound advice. A few of his Words of Wisdom remain with us to this day. First, "Always buy two-ply toilet paper" and secondly, "Squeeze a tube of toothpaste from the bottom up." Andy enjoyed a good game of cards, pitch being his favorite, as well as a cold beer every now and then. Uncle Andy, as he was known by many people, did a lot of traveling in his life along with his wife Anne. They enjoyed many trips to Hampton, Virginia and Myrtle Beaches. While their sons were in the Army they often traveled to visit them. Their trips together included going to California, Washington State, Virginia, Wisconsin, Georgia and North Carolina. Andy also made it to Hawaii and Germany and got to visit Austria, Luxembourg, Switzerland and Lichtenstein. Andy was an avid reader, and the family wishes to thank the ladies from the Pember Library for keeping him well stocked in his favorite novels over the years. We would also like to thank The Equinox Terrace in Manchester, Vermont for caring for him so well while a resident there. He was a communicant of Saint Mary's Church in Granville. Andy's favorite phrase later in life was "Don't Get Old" and he often asked, "What am I doing here and why is God keeping me here? Those of us who knew him well replied, "To bring joy to other." He did just that in numerous and immeasurable ways. The family requests donations be made to either the Pember Library, 33W. Main St., Granville, NY or the Granville Rescue Squad, POB 153, Granville, NY in Andy's memory. A Mass of Christian Burial will be celebrated on Wednesday, September 22, 2021, at St. Mary's Roman Catholic Church, 23 Bulkley Ave., Granville, NY at Noon. Friends may call at the church from 11 AM until the time of the service. Mass will be celebrated by Rev. Robert Powhida. Online condolences may be made at www.robertmkingfuneralhome.com.
To send flowers to the family or plant a tree in memory of Andrew Thomas, please visit Tribute Store
Wednesday
22
September

Share Your Memory of
Andrew
Upload Your Memory View All Memories
Be the first to upload a memory!
Share A Memory
Send Flowers
Plant a Tree