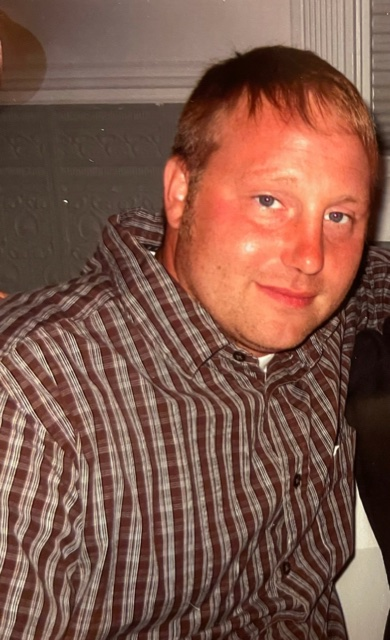 Please share a memory of Richard to include in a keepsake book for family and friends.
View Tribute Book
Richard K. Smith Jr. Whitehall, NY – Richard Keith Smith, Jr. passed away on Sunday, September 19, 2021. He was born on January 17, 1980, in New Britain, CT, the son of Richard K. and Ellen (Moody) Smith Sr. Richie will be remembered for his love of family. His children meant the world to him. He was a gifted mechanic and his talents extended to an ability and desire to "fix" anything and everything, just for the challenge. He loved all things with motors. He enjoyed attending black top modified races to watch his father participate. He loved motocross and dirt bike racing and shared his passion of it with his son Richard. Boating trips will be long remembered with a smile. He loved taking the kids tubing. Richie was a loyal friend. He would do anything for anyone. He was fun and a "well-rounded" individual. Time may have been a concept that escaped him as he would frequently say "be home in a half hour" which his family knew could be anytime in the next two hours. Richie had recently rediscovered his love of baseball cards. And he will be envied for his green thumb. When you think of Richie it will be hard not to think of motorcycles, boats, or cars. He was a great wrench. If he had to choose one of his motorized favorites it would be his 1968 Chevelle. He had an artistic side expressed in his tattoos. His sense of humor was appreciated especially by his brother Keith who will forever attempt to use his brothers pick up lines. It takes a special sense of humor and level of confidence to drive a pickup with "Porn Star" on the back window. Richard is survived by his parents Richard K. Smith Sr. and his Ellen (Moody) Smith and his wife Tammy Smith of Whitehall He was blessed with his son Richard Keith Smith III, and daughters, Nicole Nichols (David) of Granville, and Kayla Viele (Zachary) of Fort Edward and with three grandchildren: Brayden Daigle, Brooklyn Sharp and Brycen Nichols. Left to treasure his memories are his siblings Raymond Parker (Angela) of Glens Falls, Keith Richard Smith (Bethany) of Granville and Shirley Devino (Lee) of Granville. He will also be missed by numerous aunts, uncles, cousins, and other extended family. There will be a celebration of Richie's life on October 3, 2021, starting at 2 PM at the VFW Pavilion on North Street in Granville. Honoring his love of cooking and the joy of having a family Sunday meal, there will be a bring a dish to share meal. The family would love to have a display of motorcycles, cars, or trucks to honor Richie's love of motorized vehicles. Memorial donations may be made to the American Foundation for Suicide Prevention, 199 Water Street, New York NY 10038. Remember if you are in crisis or worried that someone in your life is suicidal, please call this number for help 800-273-TALK (8255). Talk has the power to save lives. Online condolences may be made at www.robertmkingfuneralhome.com
To send flowers to the family or plant a tree in memory of Richard Smith, please visit Tribute Store
Sunday
3
October

Share Your Memory of
Richard
Upload Your Memory View All Memories
Be the first to upload a memory!
Share A Memory
Send Flowers
Plant a Tree