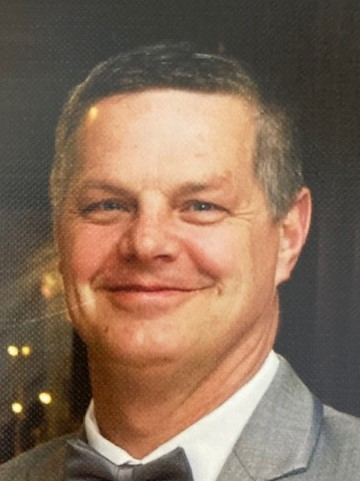 Please share a memory of Robert to include in a keepsake book for family and friends.
View Tribute Book
Robert J. Schoonmaker, Jr. Granville, NY – Robert John Schoonmaker, Jr. passed away September 29, 2021. Robert was born on December 4, 1961, in Troy, NY the son of the late Robert John and Cynthia Jane (Farnham) Schoonmaker. Bob was a graduate of Watervliet High School class of 1980. He was a member of the 1980 NYS Championship Watervliet Football team. Bob served the NYS Dept of Corrections as an officer for 25 years. Bob was a devoted husband and loving Dad. He became an amazing grandpa. He was an uncle, coach and friend to many. He loved coaching. He impacted so many through his coaching and active community involvement. He was Head Coach for Granville Football from 1995-2002 with a division championship in 1995. He also was on the coaching staff of RPI football from 2003-2008. Everyone who truly knew Bob, knew how big of a heart he had. He always put others first. He was always the life of a party and knew how to light up a room. Bob was happiest when he was with his wife, daughters, sons-in-law, and grandkids. Bob was predeceased by his parents, and his father-in-law Richard French. He is survived by his loving wife Dorothy (French) Schoonmaker whom he married on October 3, 1987. Left to miss immeasurably are his daughter Rachel Kelly (Tyler) and Renee Conor (Mark). He was blessed with two grandchildren: Raegan Kelly and Grant Connor. Bob is also survived by his sisters Wendy Henderson (Larry) and Kimberly Abbot (Dave). He will be missed by his friend and brother-in-law Jim French (Lisa) and Tim and Cherie Meagher and mother-in-law Shirley French. There will be a void in the lives of many cousins, aunts, uncles, nieces, nephews and friends. Friends may call at the Robert M King Funeral Home, 23 Church St., Granville on Saturday, October 2, 2021, from 1-4 pm. It is recommended that masks be worn while in the funeral home. Memorial donations may be made to the American Foundation for Suicide Prevention, 199 Water Street, New York NY 10038. Remember if you are in crisis or worried that someone in your life is suicidal, please call this number for help 800-273-TALK (8255). Talk has the power to save lives.
To send flowers to the family or plant a tree in memory of Robert Schoonmaker, please visit Tribute Store
Saturday
2
October

Share Your Memory of
Robert
Upload Your Memory View All Memories
Be the first to upload a memory!
Share A Memory
Send Flowers
Plant a Tree