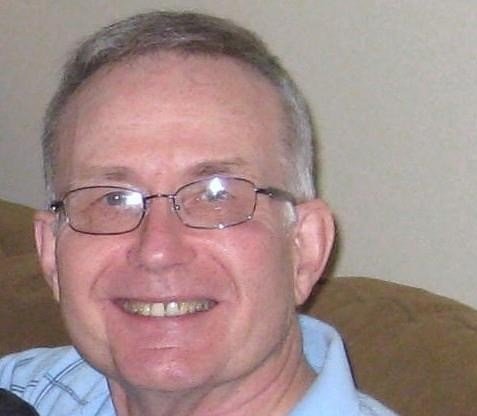 Please share a memory of Kent to include in a keepsake book for family and friends.
View Tribute Book
Kent H. Sheeler Middle Granville, NY – Kent H. Sheeler, age 81, passed away at his home on October 2, 2021, after a lengthy illness. Kent was born on July 3, 1940, in Lynn, MA the son of Harold and Nellie (Chase) Sheeler where he spent his childhood going to Red Sox games with his Uncle Bill and Uncle Arthur who convinced him that his real middle name was Moses. As a child he believed this for many years. He never lost his love of the Red Sox. When his family moved to New York, they settled in Raceville. Kent loved living in Raceville and always held the little community dear to his heart. He frequently shared stories about growing up in Raceville. As a teen they moved to Middle Granville. Kent attended Granville Central schools before enlisting in the Army in 1958. He was stationed in Germany during the Cold War years. After his discharge from the army, Kent met and married his wife Barbara (Fabian) in 1966. They had one daughter, Holly, in 1967. Following his initial attack of transverse myelitis in 1967, which later was diagnosed as multiple sclerosis, Kent returned to school earning a BA degree from Castleton State Teachers College in Vermont as a special education teacher. He taught remedial reading at Longfellow School in Rutland, VT for three years and then at Mary J Tanner School in Middle Granville. He retired in 1985 due to complication of multiple sclerosis. Although his health was declining, Kent remained active on many projects. He worked tirelessly to help establish the Independent Living Center, now known as Southern Adirondack Independent Living (SAIL) in Glens Falls. Kent served on the first Board of Directors. Kent helped establish the Granville Performing Arts Club, entertaining with his singing and guitar playing. The Club raised funds to support the Emma Lang Stevens Hospital Building fund and other local causes. He also worked with the Multiple Sclerosis Society and was a facilitator of support group meetings in Glens Falls. He served in Big Brothers/Big Sister organization. He also started a group that visited area nursing homes entertaining the patients. The list goes on and on of the good works he did. He will be sorely missed by his family and many people whose lives he touched. Kent will be welcomed into heaven-no question about it. Kent was predeceased by his parents, Harold and Nellie Sheeler, his infant sister Corinne Sheeler and a half brother Robert Sheeler and an adopted son Wilbur Forrest. Survivors are his wife of 54 years, Barbara, his daughter Holly Richards (Ed), grandchildren William Richard (Acacia), and Abigail Richards and a great granddaughter Adeline Richards. Also surviving is his brother Harold Sheeler, Jr (Nancy) and many nieces, nephews, and cousins. Visitation will be held on Saturday, October 9, 2021, from 2-3:30 at the Robert M King Funeral Home, 23 Church St., Granville, NY, followed by a prayer service. Memorial contributions may be made to High Peaks Hospice or to SAIL in Glens Falls, NY. Burial will be private at a later date. The family wishes to extend a sincere thank you to the nurses at Glens Falls Hospital for their care of Kent while he was a patient there.
To send flowers to the family or plant a tree in memory of Kent Sheeler, please visit Tribute Store
Saturday
9
October

Share Your Memory of
Kent
Upload Your Memory View All Memories
Be the first to upload a memory!
Share A Memory
Send Flowers
Plant a Tree