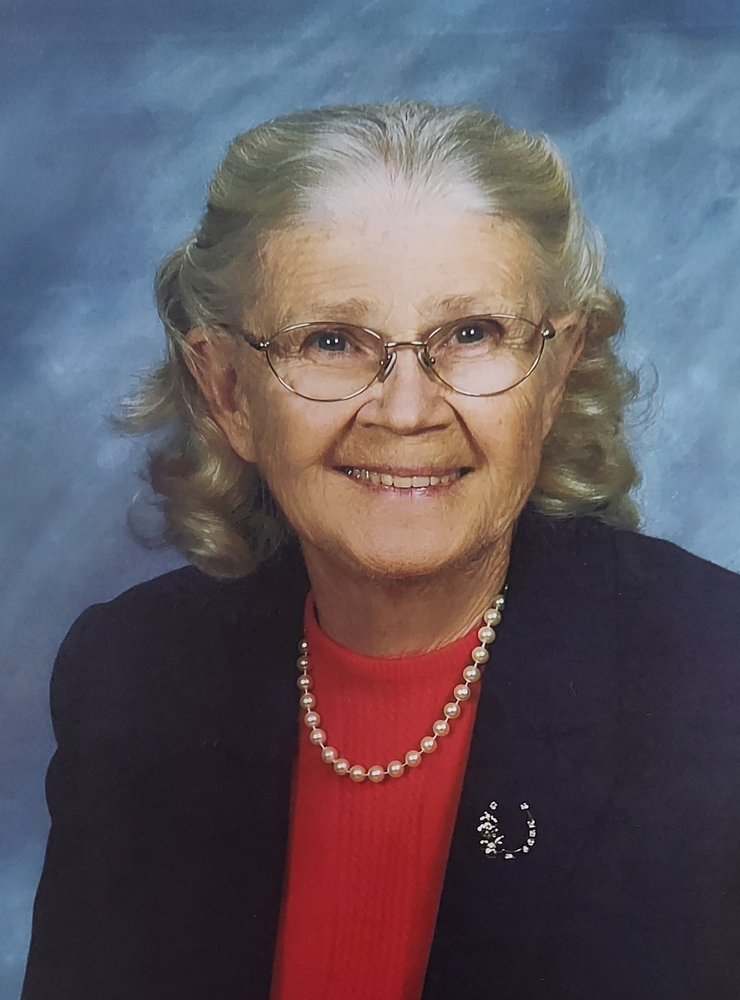 Obituary of Irene May Bogart

Please share a memory of Irene to include in a keepsake book for family and friends.
View Tribute Book
Irene May Bogart Granville, NY – Irene May Bogart passed away at her home on November 18, 2021 following a steady decline in her health. Irene was born in Granville, August 28, 1928 the daughter of Asa J. and Ola (Phillips) Hayes. Early years prior to marriage, Irene was a curly white haired (tom boy) little girl and became very capable of cleaning, sewing, and cooking from her mother. She gradually took on babysitting and caregiving as well, as she got older. She was constantly busy as she was going to school and worked at her sister Ruth's nursing home in the kitchen. Her mother, Ola Hayes was an LPN nurse there. Irene became a certified Dietary Manager while she was there. She worked side by side with her sister Ruth and many other ladies in the area. When her sister and husband, Alfred Morris developed the new Indian River Nursing home on Madison Street in the mid1970s, Irene was instrumental in designing the kitchen for them. She married the love of her life, Raymond Bogart on April 20th, 1946. The years they were together they built wonderful memories. Her husband kept her busy as a homemaker he was in the Navy when their sons David and Norman experienced living in Hawaii, In 1951-1952. After her husband Ray, retired they moved to Granville to live on Mettowee Street. Her husband, Ray while became Camp the Ranger at Camp Wakpominee from 11-10-1972-3-31-1989. On the weekends, as wife of Ranger Ray, she entertained her grandchildren, nieces, and nephews. She also loved to help her husband during camp season and ensure that everything was up to par for all the many scouters and explorers. When Ray retired from Scouts, they moved to her parents' home (Asa & Ola Hayes) in 1989. She loved to be outdoors and would take advantage of the canoe trips, hikes everywhere, family reunions and just enjoyed getting together with friends and family for coffee, snacks and card playing. She would also love to make doll clothes, crafts, knitting and sewing; you name it, she did it with and for family and friends. She loved her Church: Granville Baptist Church and took pride in being an active church member. Her angel food cake with blackberry sauce, her blackberry and rhubarb pies were a hit at after church socials held in the back of the church. These are the things that kept her going and active. Everyone in the area knew Ray and Irene's Blackberry Patch on Rte. 22 bypass in Granville. You never got a stingy quart; the top was always rounded. She also made all types of canning (fruit and vegetables) from her garden. She never rested till the job was finished. Bogart Motto! Her last aging years were exceedingly difficult for Irene once her husband Ray passed on April 20, 1998 (their 52nd wedding anniversary). Her son David and wife, Delores helped her through trying times. She started having accidents, her son David's passing was difficult for her, she started falling (and healed very slowly) and then the onset of Dementia. Her son, Norman started to assist with the care of his mom in 2015 after her son David became ill and eventually passed away in 2017. Norm moved in to help care for his mom until her passing on November 18th, 2021. Norman's wife, Veronica and cousin Peter Turner taking turns in providing care to Irene, especially these last few years. This slowed her down, but she kept everyone In line, cane in hand. She reminded us daily of "Granny on Beverly Hillbilly's." She was a pure soul, with a warm heart and a smile unlike no other. Her family will miss her deeply but know she is reunited with husband Ray, her son David, and many others. She will forever be in our hearts, and we know we have an amazing angel watching over us. She was always there for her two boys as well as all her grandchildren, brothers and sister, nieces and nephews. She touched so many people's lives in so many ways and we wanted to give a glimpse of a little of who she was to those that wanted to relish in the memories and/or get to know this amazing wife, mom, grandmother, sister and friend. She leaves behind her son, Norman Bogart (Veronica) Granville NY, her brother Phil Hayes (Carol) Wells, VT, nine grandchildren, twenty-five great grandchildren, four great great grandchildren, her daughter-in-law Delores, oodles of nieces, nephews and cousins and an unlimited number of friends. Friends may call at the Robert M King Funeral Home, 23 Church St., Granville, NY on Friday, December 3, 2021 from 4-5 pm. A funeral service will be held at 5 PM. Following the funeral the family is having a reception at the Granville American Legion, 10 Columbus St. In lieu of flowers, Irene would love to have donations made to the Granville Baptist Church in her memory. Online condolences may be made at www.robertmkingfuneralhome.com.
To send flowers to the family or plant a tree in memory of Irene Bogart, please visit Tribute Store
Friday
3
December

Share Your Memory of
Irene
Upload Your Memory View All Memories
Be the first to upload a memory!
Share A Memory
Send Flowers
Plant a Tree