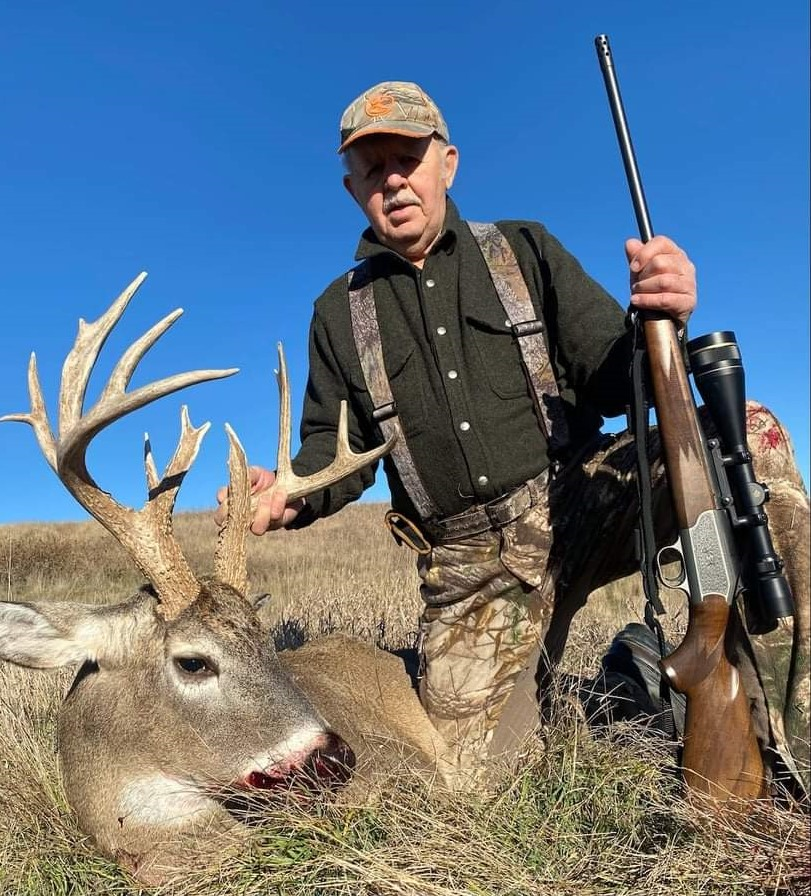 Please share a memory of Kenneth to include in a keepsake book for family and friends.
View Tribute Book
Kenneth E. Clark Hartford, NY – Kenneth E. Clark passed away at Albany Medical Center on Thursday, January 20, 2022. Ken was born on November 29, 1940, in St. Albans, Vermont the son of Kenneth R. and Dorothy (Sartwell) Clark. Ken was 1 of 8 children. In 1955 he left home and went to work on a farm in Burlington, VT. From1955-57 in addition to farm work, he also was a waiter and worked in a factory. In 1957 he started working for Tropic Fruit Co. and in 1974 he became the owner. He worked hard and grew the company until the time was right to sell out. He sold the property to Cumberland Farm's. In the early 1980's he created JKL Slate Co. which he ran and operated with his Jason till he sold that out and retired in 2008. Throughout his life he enjoyed hunting, fishing, traveling, and running hounds. He used his years of retirement to do more of all those things, in addition to spending more time with his wife Audrey family and friends. Ken is survived by his wife Audrey. He was a proud father of 6, as well as being blessed with many grandchildren and great grandchildren. There will be no funeral services. Ken was a believer that the time to see him was when he was alive. If you did not, you missed spending time with a great guy. Funeral arrangements were entrusted to the Robert M King Funeral Home in Granville, NY. Online condolences may be made at www.robertmkingfuneralhome.com.
To plant a beautiful memorial tree in memory of Kenneth Clark, please visit our Tree Store

Look inside to read what others have shared
Family and friends are coming together online to create a special keepsake. Every memory left on the online obituary will be automatically included in this book.
View Tribute Book
Services for Kenneth Clark
There are no events scheduled. You can still show your support by planting a tree in memory of Kenneth Clark.
Plant a tree in memory of Kenneth