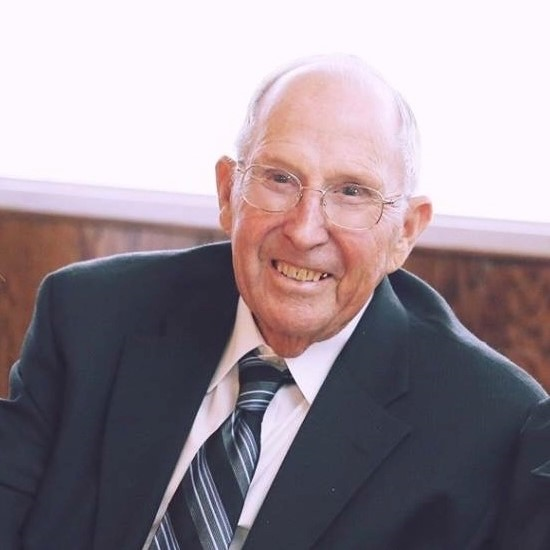 Please share a memory of Charles to include in a keepsake book for family and friends.
View Tribute Book
Charles S. Hayes Granville, NY - Charles S. Hayes passed away on Friday, January 21, 2022 at Haynes House of Hope with his family by his side. He was born on February 12, 1933 in Granville, NY, the son of Samuel and Agnes (Dennison) Hayes. He worked at Hollister and Faine Farms as well as a number of odd jobs until he gained employment at Telescope Casual in 1959 where he retired from after 35 years in 1994. During the summer of 1949 he met Peggy Pickett, and their 72 year love story began. After 4 years of dating that included roller skating, movies, attending carnivals and fairs as well as dancing at Idlewild Park at Lake St. Catherine they married on May 8, 1954. While raising their 4 children they spent many a weekend camping at Glen Lake and on Lake Champlain. As soon as it was warm enough Peggy packed up the family station wagon on Friday and waited until Charlie got home from work and then they headed out with all 4 kids for a camping adventure. While camping Charlie was able to enjoy one of his favorite pastimes fishing. He caught many a dinners for his family. After their children were raised they began enjoying their life alone to the fullest…dancing at Somewhere restaurant, jamborees, going to the casino, breakfast at Scotties and AJ's. Then when the grandchildren came they devoted their life to them…babysitting, camping at Yogi Bear, trips to Virginia Beach each year in April, Disney World and many cookouts by the pool. In recent years the cookouts were moved to the porch where everyone enjoyed a theme party or the game room in the cellar…that's where the "bingo hall" started, many a Saturday or Sunday was spent playing. We played right up until our last family dinner. In addition to his parents Charles was pre-deceased by a sister, Margaret Fleming, and a daughter-in-law, Betty Hayes. Left to cherish his memory is his wife of 68 years Peggy; his children Colleen (Jeff) Harrison of Middle Granville, NY, Sandy (John) Darius of Granville, NY, Charles A. Hayes of Granville, NY, Bonnie Hayes of Castleton, VT and a brother, Edward of North Carolina. His grandchildren Sara (Logan) Seamans, Jordan Harrison, Lisa Darius, Brian (Sue) Darius, Aaron (Beth) Darius, Jason (Megan) Hayes, Joshua (Jammie) Hayes, Stacey (Colin) Greene, Chad (Amy) Fales, Christopher (Kara) Waite, and Stephanie Waite. 19 great grandchildren and 7 great great grandchildren as well as several nieces and nephews. The family would like to thank High Peaks Hospice and Haynes House of Hope for all the care and support they gave during our time of need. A funeral service will be private and at the convenience of the family. Memorial donations can be made in Charles' name to The Haynes House of Hope, 7187 NY 149, Granville,NY 12832 or the Granville Rescue Squad, POB 153, Granville, NY 12832. Online condolences may be made at www.robertmkingfuneralhome.com.
To plant a beautiful memorial tree in memory of Charles Hayes, please visit our Tree Store

Look inside to read what others have shared
Family and friends are coming together online to create a special keepsake. Every memory left on the online obituary will be automatically included in this book.
View Tribute Book
Services for Charles Hayes
There are no events scheduled. You can still show your support by planting a tree in memory of Charles Hayes.
Plant a tree in memory of Charles

Share Your Memory of
Charles
Upload Your Memory View All Memories
Be the first to upload a memory!
Share A Memory
Plant a Tree