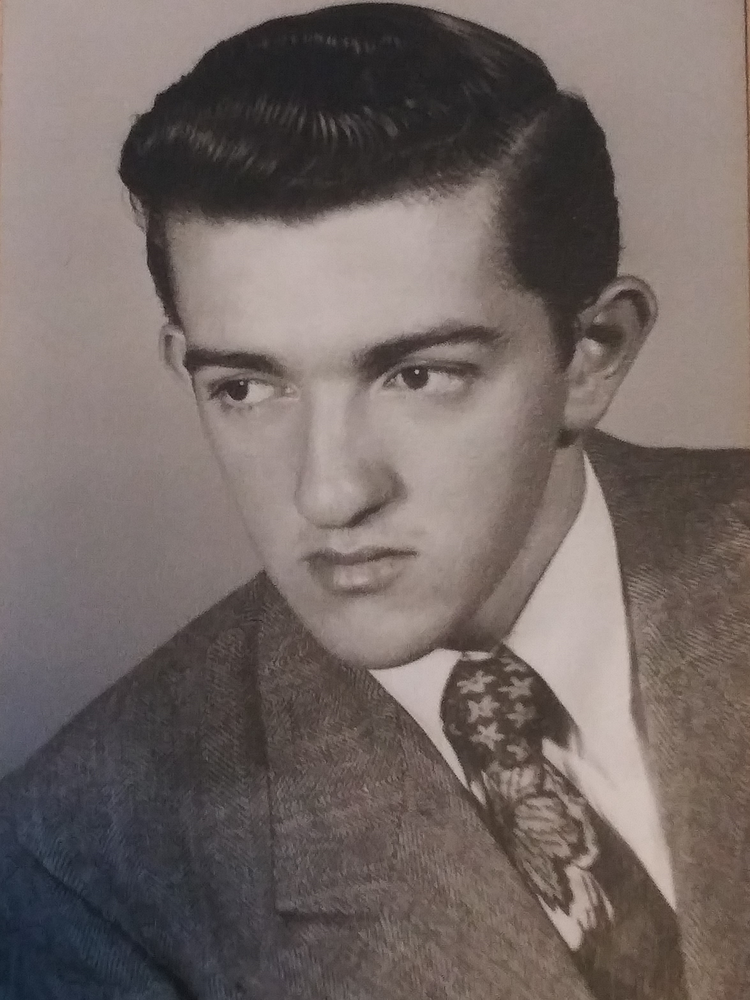 Please share a memory of Earl to include in a keepsake book for family and friends.
View Tribute Book
Earl D. "John" Gravelle Middle Granville, NY – John Gravelle passed away on February 11, 2022 at Dartmouth Hitchcock Medical Center in Hanover, New Hampshire. John was born on August 26, 1937 in Rutland, Vermont, the son of the late Earl and Theresa (Champine) Granville. He was a 1958 graduate of Granville Central School. He joined the Army National Guard in Whitehall serving with the Company B 1st Battalion 205th Armor Division where he earned a Sharpshooter Badge and Ribbon for Pistol and Tank Weapons. He was a proud veteran who was honorably discharged in 1963. John worked at Telescope Casual Furniture in Granville for a number of years before being employed by General Electirc Aviation in Rutland, Vermont. He retired from GE in 2005 after 34 years of service. He was an avid athlete and loved playing basketball and softball with his best friend Herbie Bourn. He loved watching Nascar and was a diehard Yankee and Miami Dophin fan, but his love of sports exteneded to the Atlanta Braves and the Jets. His television viewing also encompassed old westerns and military movies but most especially John Wayne movies. While in the house he always kept an ear peeled to the police scanner. His go to fix it tool was duct tape. He also enjoyed gardening. He enjoyed time spent with this two sons. Joe and John. He loved going fishing, and playing catch in the yard where Joe was able to show off his mean knuckleball. Jerry had a frequent Friday night date with his Dad to attend Granville Horde Basketball games. Both boys enjoyed ventures to Walter Clark's store for penny candy and ice cream. John loved going to the Little League to watch his boys and later his grandchildren play baseball or just to watch them play in the yard. He was predeceased by his father and stepfather Jack Howard, his mother and his siblings Ronald Gravelle and Bonnie Jo Howard. John is survived by his wife Betty (Williams) Gravelle and his two sons Joseph Gravelle (Kelly) of Middle Granville and Gerald "Jerry" Gravelle (Megan) of Granville. He was blessed with six grandchildren: Kari Bourn ( Corey), William Gravelle, Joseph Gravelle (Tara) Kyle Dufresne, Riley Gravelle and Jacob Gravelle along with five great grandchildren: Braylon, Kennedy, Elisha, Jaydence and Lincoln. Left to cherish John's memory are his siblings: Sandra Gravelle Hoyt and Mike Howard (Kathy) as well as many nieces and nephews. A funeral service will be held on Friday, February 18, 2022 at 7 PM at the Robert M King Funeral Home, 23 Church Street, Granville. Friends may call from 5-7 PM at the funeral home. Mask wearing is recommended. Burial will be in the spring.
To send flowers to the family or plant a tree in memory of Earl Gravelle, please visit Tribute Store
Friday
18
February

Share Your Memory of
Earl
Upload Your Memory View All Memories
Be the first to upload a memory!
Share A Memory
Send Flowers
Plant a Tree