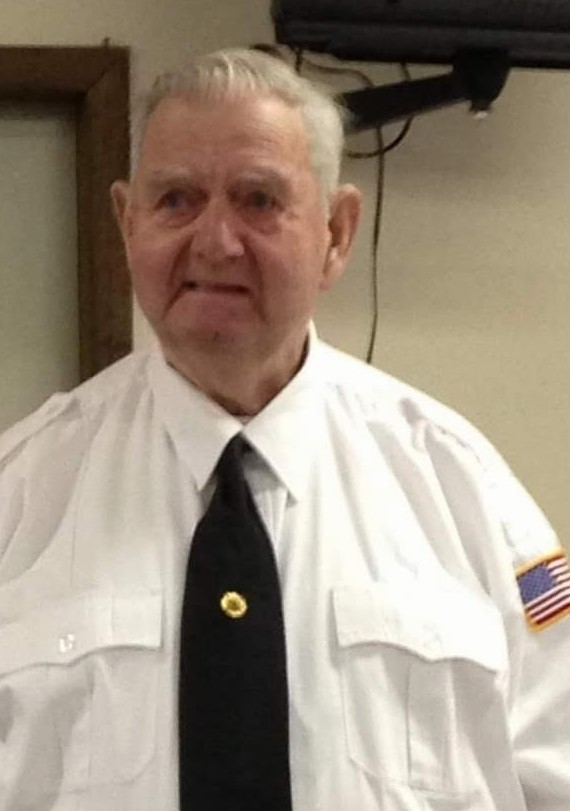 Please share a memory of John to include in a keepsake book for family and friends.
View Tribute Book
John R. McCullen North Granville, NY – John R. "Jack" McCullen, age 88, passed away on Saturday, March 19, 2022, following a long illness. Jack was born on November 23, 1933, in Whitehall, NY the son of the late John and Dorothy (Hatch) McCullen. For 30 years he worked for New York State at the Whitehall Armory and for 28 of those years he served in the National Guard (where he was known as "Cubby") He may be remembered for having worked at Telescope Casual Furniture, H & R Bench Company, and Borden Creameries. Jack spent his life going above and beyond with his dedication to the community of North Granville, that he loved so much. He devoted over 50 years of his life to the North Granville Fire Department. He started as a foreman, he served as a trustee, president and for 7 ½ years as Chief. He was known at the fire house for his love of duct tape. His ability to fix anything stemmed from the usage of duct tape. This was the source of arguments with his son Scott, who is currently the Chief. Scott following in his footsteps was a great source of pride to Jack. In addition to fire protection, for years he attended to the public skating rink. In addition to the maintenance of the rink he dispensed hot chocolate and kept a fire going to warm the children. Every morning Jack would head to the North Granville Grocery/Schooney's store for his morning coffee. His rounds would then take him to the Post Office and a quick trip to the firehouse to make sure everything was good there. Though the fire company was his passion he enjoyed weekly trips on Thursday and Sunday to play bingo at the MWA where he also imbibed in scratch off and tear off tickets. In addition to his parents, he was predeceased by his siblings Ronnie, Walt, Sylvia, Darlene, and Shirley. Jack is survived by his wife of 69 years Hazel (McLellan) McCullen. Left to miss him dearly are his sons Richard and his wife Bonnie and children Joshua and Amanda, Harold, and his wife Jisanet and Scott and his wife Missy (who happened to hold the honor of being Jack's best friend) and his son Jackson, and daughter Brenda and her daughter Tara. He is survived by a sister Beverly and her husband John. He will be laid to rest in the North Granville Cemetery. Visitation will be at the North Granville Fire House on State Route 22. Friends may call April 23rd from 11am-1pm with burial to follow. Friends and family are invited to gather at the firehouse after to celebrate Jack's life. Donations in his memory may be made to the North Granville Fire Department, PO Box 8, North Granville, NY 12854 Online condolences may be made at www.robertmkingfuneralhome.com
To plant a beautiful memorial tree in memory of John McCullen, please visit our Tree Store

Look inside to read what others have shared
Family and friends are coming together online to create a special keepsake. Every memory left on the online obituary will be automatically included in this book.
View Tribute Book
Services for John McCullen
There are no events scheduled. You can still show your support by planting a tree in memory of John McCullen.
Plant a tree in memory of John

Share Your Memory of
John
Upload Your Memory View All Memories
Be the first to upload a memory!
Share A Memory
Plant a Tree