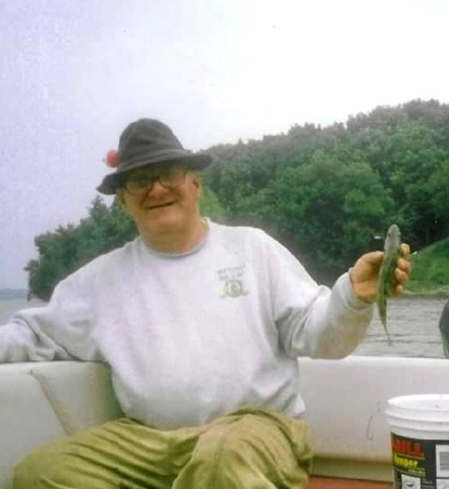 Please share a memory of Earl to include in a keepsake book for family and friends.
View Tribute Book
Earl R. Melendy II South Londonderry, VT – Earl R. Melendy II passed away on April 5, 2022. Earl was born on September 16, 1942, in Hackensack, NJ the son of the late Earl R. and Marie (Marubio) Melendy He grew up in South Londonderry. He will be remembered as being a hard worker. As a child, Earl had an usual special drink. It was vinegar. He was given the name " Vinegar Joe" which followed him through childhood. When the family hears a silly joke, they will remember that it was usually Earl telling them. He enjoyed bicycle and motorcycle rides. He was always on the road. In part, because it was a means to visit people along the way. He loved visiting. Earl was always ready on a Saturday night to do some square dancing. He truly loved to hunt down tag sales. He couldn't leave a good deal on the table. He was especially fond of vintage items. Earl loved shooting pool and was thought a pool shark by many. One of his favorite vehicles was a Cadillac he purchased. This upped the name of "Vinegar Joe" to "Cadillac Joe". Earl was predeceased by his parents, a brother Michael Melendy, and a son William "Billy" Joseph Melendy. He is survived by his daughter Peggy Lee Shores of Mount Tabor, a son Franklin Earl Melendy, and stepchildren Rosa Martell and Robert Keyes, all of Rutland. He will be missed by his siblings: Marie Purtle of Tolland, CT, David Melendy of Andover, VT, Barbara Rowe and her husband Leonard whom Earl considered his dearest friend of South Londonderry, VT as well as many grandchildren, nieces and nephews. A service will be held at a date to be announced in the summer. Online condolences may be made at www.robertmkingfuneralhome.com
To plant a beautiful memorial tree in memory of Earl Melendy, please visit our Tree Store

Look inside to read what others have shared
Family and friends are coming together online to create a special keepsake. Every memory left on the online obituary will be automatically included in this book.
View Tribute Book
Services for Earl Melendy
There are no events scheduled. You can still show your support by planting a tree in memory of Earl Melendy.
Plant a tree in memory of Earl

Share Your Memory of
Earl
Upload Your Memory View All Memories
Be the first to upload a memory!
Share A Memory
Plant a Tree