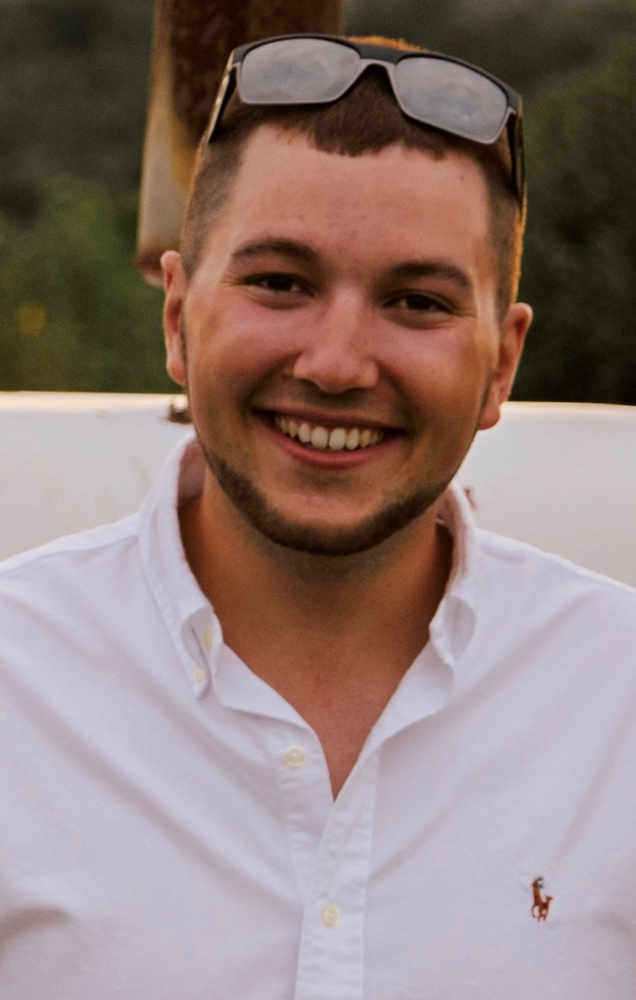 Please share a memory of Erik to include in a keepsake book for family and friends.
View Tribute Book
Erik Daniel Nelson Hebron, NY - On Sunday May 29, 2022 Erik Daniel Nelson's soul flew free from his earthly body, doing what he loved, and into the loving arms of his creator. Erik was a ray of sunshine- he had a smile that would brighten up every room and an infectious warmth about him. A true social butterfly by nature, he could get along with anyone- which is how he made so many friends - who became family. He was always up for a good time and was known by many as the life of the party. His heroic save-the-day vibe would put anyone at ease - you could always count on him to have your back. He was the epitome of dependable. He had the most contagious laugh and genuine embrace - to know him was to love him. Erik was born January 7, 1998 in Rutland, VT to his loving Mother and Father Theresa Nelson (George) and Mark and Kim Nelson. He joined his two older sisters; Lauren Nelson and Hannah Nelson (Gavyn) and a few years down the road was blessed with a little brother, his pride and joy, Bryce Norton. Later on he gained two step brothers Andrew Dunbar and Avery Flory. He was the best brother to them all. Though they are all close, if you asked any of his siblings individually who they were closest to, the answer would all be the same; Erik. He was such a versatile person and had something special he enjoying doing with each of them. time together was a priority to Erik and he made sure they all knew it. He valued family so much because of his incredible mother who always emphasized the importance of people over things. She was always in his corner and Erik was so selfless and generous because of her love. Erik was blessed to grow up on a family farm in Hebron NY, which was no mistake because he had an exceptional work ethic that would put many to shame and a true love for farming. He especially loved field work and operating heavy equipment which he had a knack for from a very young age. He loved anything with an engine and speed. But mostly he loved doing it all with his Dad who shared the same passions. They also enjoyed hunting together, snowmobiling and going for rides on Erik's side-by-side, talking about big picture stuff. Erik always looked up to his Dad; he was his hero, his voice of reason, and his very best friend. The bond they share is so special and exceeds this lifetime. Some of his other favorite pastimes included snowboarding, playing cards, star gazing, having bon fires with friends and family, He was also a very talented welder. He had big dreams of working along side his father again, and was in the beginning stages of starting an excavation and hauling business; Nelson and Sons. Erik has a niece, Markee Kate, just three months old and a Nephew, Jackson, who just turned a year. They will surely know of and grow to love their uncle Erik as much as the rest of us, as his memory and legacy of living life to the fullest and loving deeply will not be lost. He is survived and loved by so many friends and family. His loving parents, siblings, niece and nephew mentioned. Paternal grandparents Jim and Kathy Nelson, aunt Jenifer Zerbe (Brian), uncle Peter Nelson (Becky), aunt Susan Holcomb, cousin Amber Holcomb who he grew up with and her daughter Journee. several other cousins and Lots of extended family on both sides, including the Perry's and Mason's. He is pre-deceased by Maternal Grandparents Stanley and Sandra Holcomb and uncle Jeffery Holcomb. Next to whom he will be laid to rest. Erik had an appreciation for life but never feared death, which is why he was so fearless and a bit of a risk taker. He had a deep faith of what was beyond this brief existence. May we all find peace and smile when we think of Erik, and know he's smiling that big contagious smile of his right back at us. Honorable mention to two of his many best friends; Nathan Thomas and Hunter Ayers, and the love of his life Emily Leavey. Calling hours will be held at the Robert M King Funeral Home, 23 Church St., Granville, NY on Friday June 3rd from 4pm-8pm. A Funeral service for Erik will be held at the South Granville Congregation Church on Saturday June 4th at 11:30am, followed by his burial at the Wells Cemetery. A gathering to celebrate his life will follow at the Modern Woodman in Wells, VT. All are welcome to join in on the celebration of a life well lived, a soul well loved, and to say a final goodbye to Erik far too soon. To know him was to love him- and he loved you too. Online condolences may be made atwww.robertmkingfuneralhome.com.
To send flowers to the family or plant a tree in memory of Erik Nelson, please visit Tribute Store
Friday
3
June

Share Your Memory of
Erik
Upload Your Memory View All Memories
Be the first to upload a memory!
Share A Memory
Send Flowers
Plant a Tree