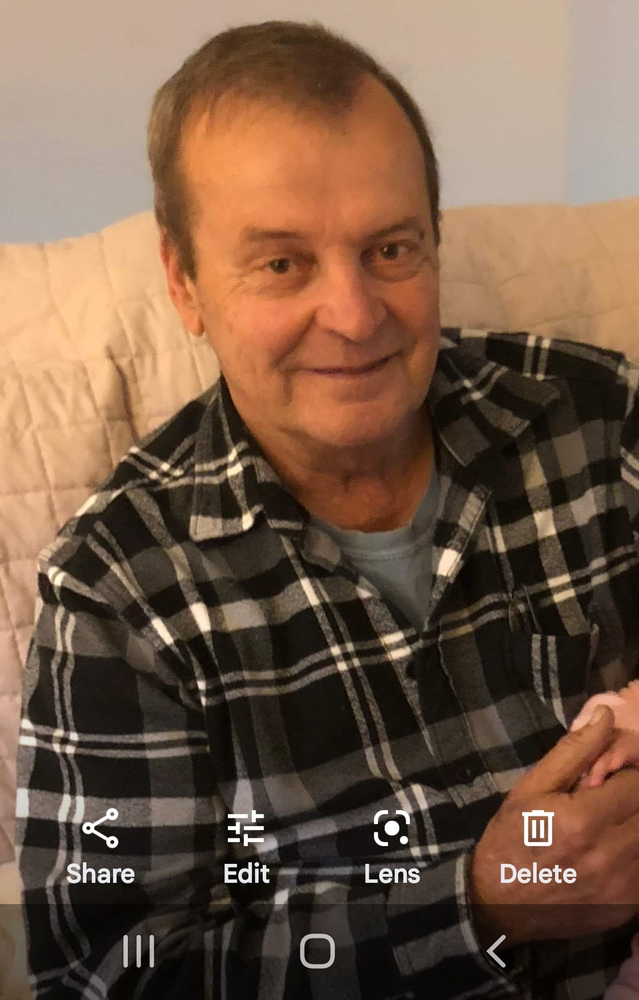 Please share a memory of Frank to include in a keepsake book for family and friends.
View Tribute Book
Frank R. Pekar Granville, NY – Frank R Pekar age 71, passed away peacefully at home surrounded by the love of his family and friends on November 1, 2022. Born February 26th, 1951 in Granville, he was the son of the late Joseph and Anna (Galesak) Pekar. He was the youngest of five children. He was a proud Army Veteran.. He worked for the New York State Department of Corrections, where he retired with 30 years of service. Frank was a quiet man who enjoyed time in his home with his not so quiet hound dog. "Louie" and his cat "Busy". In his free time he was active in his community, supporting and helping others in need. Frank was survived by his daughters Ann (Sanders) Peternell, Christina (Sanders) Lenney, five grandchildren and two great grandchildren, sister Mary (Pekar) Firebaugh, and several nieces and nepehws and an adopted daughter Melanie Locke. He was predeceased by his son Frankie Pekar Jr., siblings Joan Kranak, Joseph Pekar and Robert Pekar . He will be missed by all of those that loved him most. A funeral service will be held at the Robert M King Funeral Home, 23 Church St. Granville, NY 12832 at 4 PM Saturday. Military honors will be held at 2PM and visitation will be from 2PM until the time of the service.
To send flowers to the family or plant a tree in memory of Frank Pekar, please visit Tribute Store
Saturday
5
November

Share Your Memory of
Frank
Upload Your Memory View All Memories
Be the first to upload a memory!
Share A Memory
Send Flowers
Plant a Tree