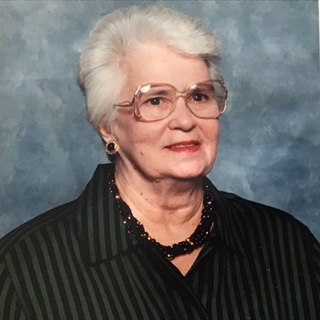 Please share a memory of Elizabeth to include in a keepsake book for family and friends.
View Tribute Book
Elizabeth "Jessie" Roberts Granville, NY Elizabeth "Jessie" Roberts 95 Elizabeth "Jessie" Roberts passed away peacefully at the home of her daughter Gwen, Thursday, January 5, 2023 following a short illness with her children by her side. Jessie was born February 4, 1927 in Granville, New York the daughter of William J. and Myfanwy (Owens) Roberts. She was a 1944 graduate of Granville High School and a 1947 graduate of The Rutland Hospital School of Nursing with an RN degree. Shortly after starting her nursing career she married Richard T. Roberts Jr. in 1949. While raising her family of seven children she continued on a long sixty-two year career as an RN. Her career included work at Emma Laing Stevens Hospital, Indian River Nursing Home both located in Granville, Mary McClellan Hospital, Cambridge, NY and retiring from the Orchard Nursing Center, North Granville in 2009. Jessie was baptized and raised in the Peniel Presbyterian Church where she enjoyed singing in the youth choir. She was a longtime parishioner of Trinity Episcopal Church and a member of the Poultney Area St. David's Society; she was very proud of her Welsh heritage. Her life's journey was filled with the joy of weddings, births, family gatherings, sporting events, travel and a "Saratoga racetrack/casino day" every once in a while! Staying with Gwen & George at their Florida home was always a pleasure that she looked forward to. Jessie was a wonderful reserved lady, possessing a personality and charm which won for her a legion of friends. All who knew her, loved her, and her co-workers knew her for the genuine worth her soul possessed. No lovelier mother ever reared a family; no effort was too great when her children or husband was a concern. Every hour of the day she was accomplishing something worthwhile for them and it is reflected back in their love and admiration for their mother. Her presence among us during her long life will continue always as a loving remembrance. She made us better people. In addition to her parents she was predeceased by her husband of thirty eight years, Richard "Tudor" Roberts who died in 1987. Her son, Richard (Rick) Roberts 1992 and his wife, Joyce (Concepcion) Roberts 2004; her daughter Carol Roberts 2012. Also her sister Joyce Walsh (Harry) and her brother William J. Roberts (Marilyn). She is survived by her children, Gary Roberts (Deborah), Larry Roberts (Kathleen), Gwen Schneider (George), William Roberts (Patricia), Rosanne Holcomb (Larry) and twenty-one grandchildren, thirty-five great grandchildren and one great, great grandchild. Also her sister, Sherry Mason (Robert) of Elkhart, Indiana. The family expresses their deepest gratitude to Gwen & George for the devotion and care they gave to mom these past years. Funeral and interment services will be held in the Spring. Online condolences may be made at robertmkingfuneralhome.com
To plant a beautiful memorial tree in memory of Elizabeth Roberts, please visit our Tree Store

Look inside to read what others have shared
Family and friends are coming together online to create a special keepsake. Every memory left on the online obituary will be automatically included in this book.
View Tribute Book
Services for Elizabeth Roberts
There are no events scheduled. You can still show your support by planting a tree in memory of Elizabeth Roberts.
Plant a tree in memory of Elizabeth

Share Your Memory of
Elizabeth
Upload Your Memory View All Memories
Be the first to upload a memory!
Share A Memory
Plant a Tree