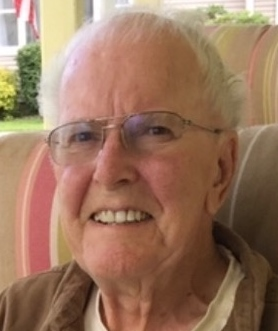 Please share a memory of John to include in a keepsake book for family and friends.
View Tribute Book
John W. Mac Menamin September 9, 1929 – March 13, 2020 GRANVILLE – John W. Mac Menamin, 90, passed peacefully at home with family on Friday March 13th, 2020. Born September 9, 1929 John was raised in The Bronx, NY the son of Irish immigrants John J. Mac Menamin and Elizabeth "Lilly" Powderly from Dublin, Ireland, processed through Ellis Island. John met his wife Carol at the Grand Central Terminal in New York City. John worked for the Railroad and Carol was a Doctor's secretary working for the Pullman Company. They married in 1954 and had 4 children Jill, Jeff, John and Cathy. Raising four small children in the Bronx had its many challenges. John worked as a correction officer at Sing Sing prison and in 1962 John requested a transfer to Great Meadows and was granted a relocation. Now to find a home, John would drive up and take photographs of towns and houses for Carol to inspect and they decided to settle in Granville as opposed to other surrounding towns. They weren't finding "THE HOUSE" from pictures, so Carol decided she needed to come with John on the next house hunting mission. When rounding the corner of Elm Street, Carol proclaimed "THAT'S THE ONE!" John explained "That house isn't for sale Carol". She said let's just knock on the door and talk with them. Mrs. McHenry answered the door and Carol explained the situation and asked if they would consider selling. The home owner and her mother decided they would consider selling, but John and Carol would need to bring the children back to verify the story was legitimate. The McHenrys agreed to sell for $8,000 after the whole family came back all scrubbed up and in their Sunday's best and 28 Elm Street has been the Mac Menamin homestead ever since. In 1967, the last child; Claire was born in Granville at Emma Lang Stephens Hospital and their family was complete. John served honorably in the military starting early by joining the Civil Air Patrol with Sister Alice, while later volunteering for the US Army. He served during the Korean War, stationed in Germany where he purchased his first camera spurring his love of photography. John was an inaugural member of the Granville Volunteer Rescue Squad where he mastered the games of ping pong and pool. He enjoyed target shooting as a member of the Granville Pistol Club and going to the Phil Smith memorial range and shooting then reloaded his own bullets. He loved his church, St, Mary's and served as Grand Knight of the Knights of Columbus. Now, back in the day, he held a variety of jobs some of which were... A soda jerk, an usher at the Roxy Theater in Manhattan, a shoe salesman, a Yellow Taxi driver, a school bus driver, and even learned shorthand to become a court stenographer. This skill helped to win Carol's heart by writing her love letters in shorthand. John and Carol were married for 59 yrs. They have 12 grandchildren, 9 great grand-children and 1 great-great granddaughter due to arrive in a few months. We invite family and friends to join us on Monday – March 16, to pay their respects as we celebrate John. Calling hours will be 6:00-8pm at the Robert M King Funeral Home at 23 Church Street in Granville, NY. The Funeral Mass will be held on St. Patrick's Day (It's like John planned the whole thing) March 17th at St. Mary's Catholic Church on 23 Buckley Avenue in Granville, NY. Immediately following Mass we will serve corned beef and cabbage dinner at the Knights of Columbus hall and his burial is postponed until warmer weather at Our Lady of Mt. Carmel Cemetery in Middle Granville. In lieu of flowers, donations may be made to the Granville Rescue Squad, POB 153, Granville, NY, the Knights of Columbus, POB 343, Granville, NY 12832 or to St. Mary's Roman Catholic Church, 23 Bulkley Ave., Granville, NY 12832.
To send flowers to the family or plant a tree in memory of John Mac Menamin, please visit Tribute Store
Monday
16
March

Share Your Memory of
John
Upload Your Memory View All Memories
Be the first to upload a memory!
Share A Memory
Send Flowers
Plant a Tree